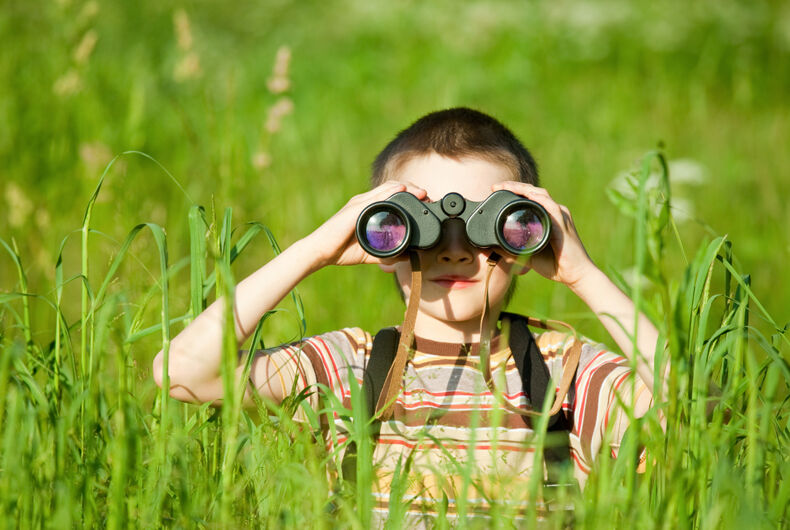 Mission America founder and right wing pundit Linda Harvey is one of the most ridiculous on the market. She lacks the cunning and smarts of most of the other religious right leaders and, like Donald Trump, just runs her mouth until she runs out of words.

On a radio show last month, Harvey did just that. Talking to conservative activist Molly Smith, the conversation turned to gay teenage boys, sleepovers, and summer camp. Because that’s what conservative women chat about apparently.

Harvey warned Smith that “any time there is any kind of same-sex environment—I do not mean same-sex homosexuality, I mean boys together doing things together, girls together—it attracts the people that would take advantage of them, and then it will be someone of the same sex, so access is what these people want.”

“They want access to youth and access even to corruption. It might not be sexual, but it might just be moral corruption of some kind, their older peers who also are corrupted already. You know, so many kids are into pornography and homosexual pornography is part of that. You know, kids are sexualized early only online, you don’t even have to have somebody involved in it. So those may be the people that your kids are in a sleepover with or at camp with, you know, is these kids who are already highly sexualized and nobody may know it, but it’ll come out in the middle of the night.”

Related: Linda Harvey: Gays are empty inside, seek to ‘absorb’ the personality of others

“I would caution anybody to allow their children anymore to go to these camps, I really would, because so many times we’ve seen that this is where there are predators there to prey on our children,” Smith replied.

Listen to the whole segment below courtesy of Right Wing Watch.