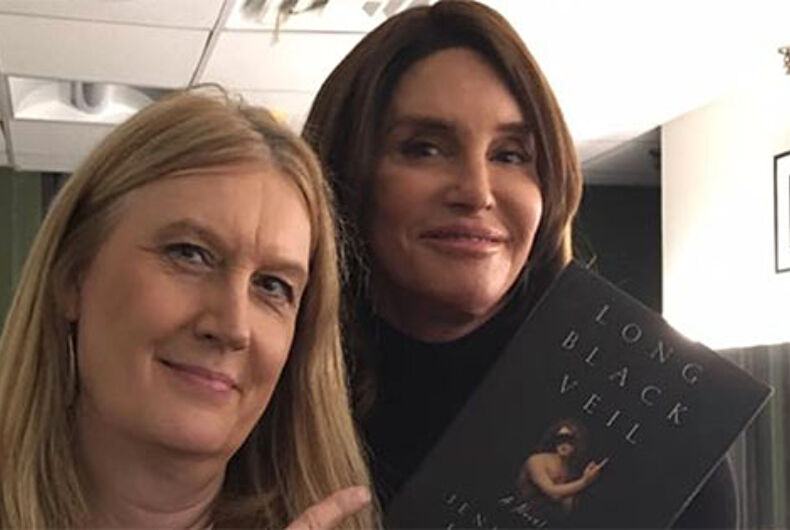 Caitlyn Jenner was spotted wearing a “Make America Great Again” cap while driving to her Malibu home earlier this week. Now she says that it was an accident.

Jenner, who voted for Donald Trump and said that she supported him as recently as two weeks ago, withdrew her support for the Republican when he announced on Twitter that he would ban transgender people from serving in the military. She wrote on her site that “every American should be outraged” by Trump’s announcement.

Jenner told TMZ that she wore the MAGA cap this week by accident. She needed a hat to protect her hair as she was driving in her convertible, which her golf visor couldn’t do. So she pulled a hat out of her closet without looking at the message stitched on it.

She left the cap in her car as she golfed at a country club in Thousand Oaks, and then put it on again as she started her drive home. She says she took it off as she went into a Starbucks and put it on again as she drove away, but then panicked when she realized she left her purse in the coffee shop and ran back in with the hat on, thinking no one would see her.

But a paparazzo spotted her and snagged a picture.

She said that she doesn’t support Trump at all. “What he’s doing to our community is absolutely fucking awful,” Jenner said. She said she might sell the hat and give the money to a transgender charity… or just burn it.

Considering how there’s no point in wearing a hat to support a politician and then turning around and saying it was a mistake, she’s probably telling the truth here. But it’s still worth mentioning that this whole thing wouldn’t have happened if Jenner had realized that Trump was going to be terrible on LGBTQ issues when it mattered (that is, before the election).

Or she could have just put the top up on her convertible.

Here’s another reason why no one likes Caitlyn Jenner