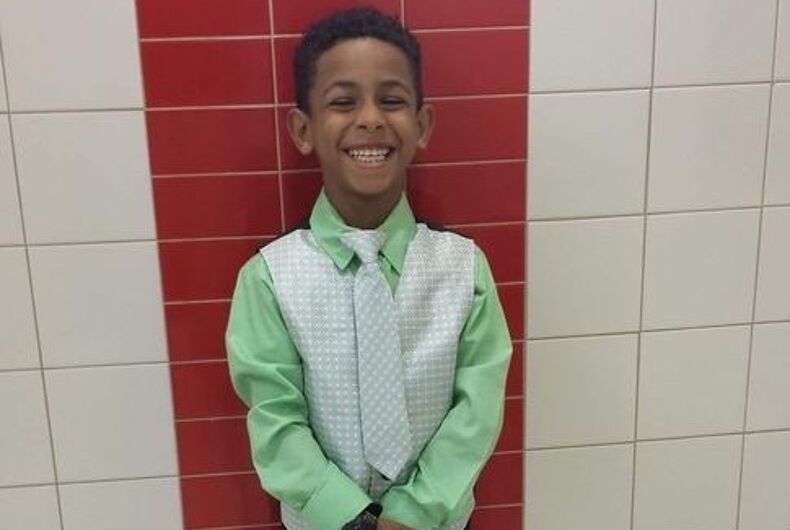 Gabriel Taye’s parents want justice for their son. The 8-year-old elementary student was tormented and bullied by classmates constantly and died by suicide two days after being shoved into a bathroom wall so hard he was knocked unconscious.

His parents say school officials in Cincinnati didn’t notify them of the nonstop bullying. Instead, the school covered up the violent incident that was caught on camera. It wasn’t until a police detective mentioned the footage of the assault outside of the bathroom door that his parents found out it had happened.

“If CPS had been honest with [Reynolds] about what happened in the bathroom, how long he had been unconscious, and the dangerous school environment Gabe had to navigate each day of third grade, she would never had let him return to Carson,” their attorney, Jennifer Branch, said in a statement.

In the footage, Taye is shown reaching out to shake hands with another student who pulls Taye into the bathroom wall. After Taye falls to the floor, the bully disappears as other students poke, kick and walk past his body. After six minutes, an administrator arrives with other adults and Taye is shown walking away with them.

“I am my son’s voice, and it will be heard,” Taye’s mother, Cornelia Reynolds, said in a statement. “It is my obligation to make sure that this will never happen again. No, this will not go away. People need to know the truth and help fix this epidemic in our society by spreading awareness and speaking up.”

The school says that Taye told school officials that he had fainted and not that he had been bullied, but they didn’t tell his parents anything about the incident.

Graphic footage of the assault and aftermath is below. If you were the school, would you have at least notified the parents about the incident?