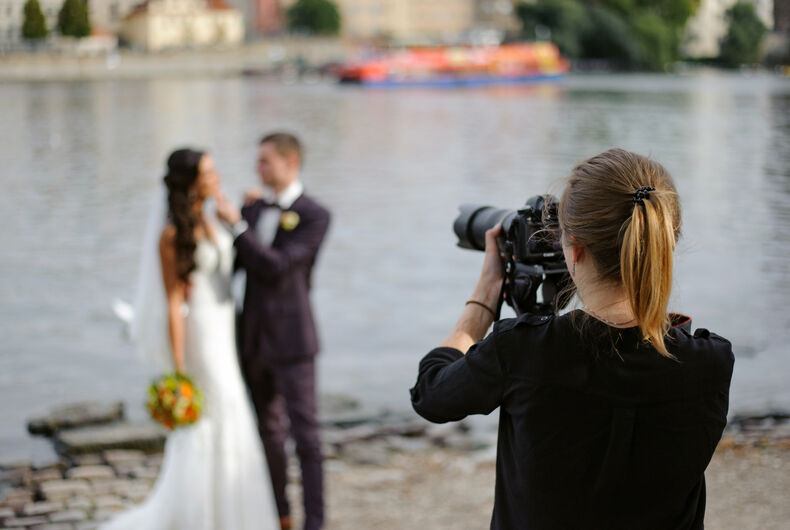 The Alliance Defending Freedom is declaring a victory after a Wisconsin court said they would clarify that a nondiscrimination law doesn’t apply to an anti-gay photographer because she operates a home business. The bombastic law firm, however, is pretending that they succeeded in overturning an inclusive nondiscrimination ordinance meant to “punish” their client.

Amy Lawson, who owns Amy Lynn Photography Studio, doesn’t want to serve gay couples who are seeking a wedding photographer. No couples have actually approached her and she doesn’t have a commercial space open to the public. There was no “punishment” to overturn because she had no standing to sue since she wasn’t harmed and couldn’t be.

Instead, according the firm’s bio of the plaintiff, Lawson put a notice on her blog that she wouldn’t serve gay and lesbian couple in 2016. After a customer complained, she took down the statement “for fear it might violate the law.” While Lawson didn’t know what the law actually said, you’d think the Alliance Defending Freedom would, but getting publicity has always been more important to the group than getting justice.

“It means that government officials must allow creative professionals without storefronts anywhere in the city and state the freedom to make their own decisions about which ideas they will use their artistic expression to promote. The court found—and the city and state have now agreed—that such professionals cannot be punished under public accommodation laws for exercising their artistic freedom because those laws simply don’t apply to them. No one should be threatened with punishment for having views that the government doesn’t favor.”

Except Lawson wasn’t punished. She had nothing to “fear” because the law doesn’t apply to her under the definition of “public accommodations.”

“Amy has stopped accepting all requests for weddings and organizations and refrained from posting a particular statement on the studio’s website to avoid violating the law,” the firm said in their bio of the bigoted shutterbug. “Simply put, Amy has stopped speaking for fear of violating the law and loses her right to speak every day she cannot obtain relief from a court.”

There’s nothing stopping Lawson from speaking up. She just can’t sue when one of her customers speaks up too. Any good law firm would know that – and the Alliance Defending Freedom does too.