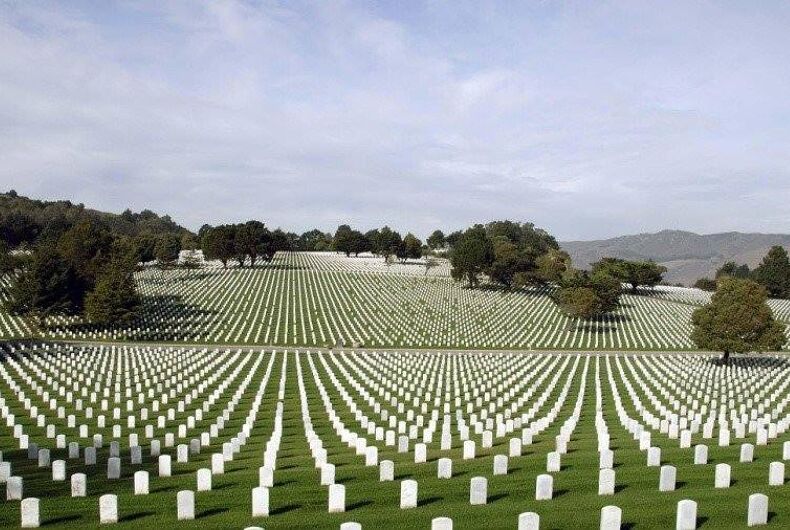 The anti-white supremacist and anti-Nazi “alt-left” are occupying the former plantation home of Robert E. Lee and LGBTQ Nation has an incredible photo of hundreds of them in unmoving formation.

President Trump blamed what he called the alt-left yesterday while defending neo-Nazis and the so-called alt-right.

Those American patriots were, indeed, violent. In fact, they kicked the shit out of the Confederacy and the Third Reich. And, yes, they had a “permit” – they had a declaration of war issued by Congress. Now, they “occupy” a former Confederate General’s plantation grounds so the nation can never forget their sacrifice. We call it Arlington National Cemetery now.

Is Alabama about to elect America’s most homophobic senator?