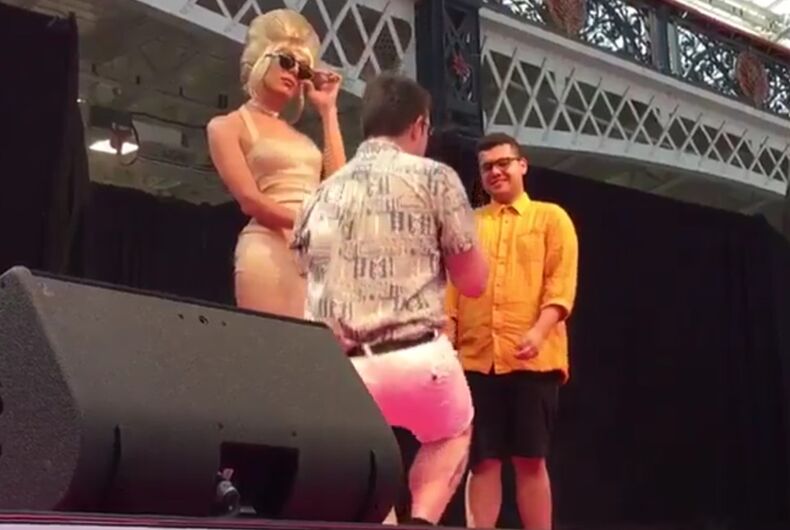 DragWorld, a large drag convention held in London, was this weekend.

He then got down on his knee and proposed.