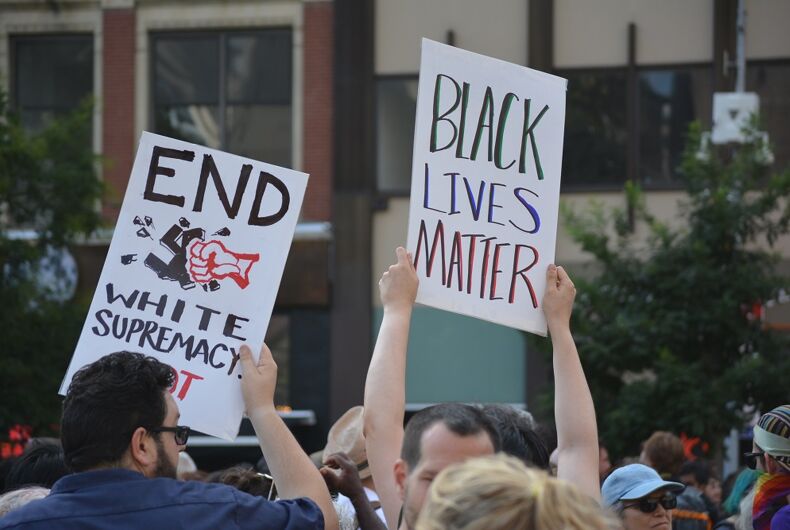 The ACLU’s historic, near-absolute commitment to free speech often puts them in the position of defending rightwing extremists.

As was the case in the week leading up to the Charlottesville white nationalist rally last Saturday. The city threatened to revoke the racists’ permit if they didn’t hold the rally in a larger park about a mile away, citing security concerns. The ACLU of Virginia threatened to sue on free speech grounds, arguing that revoking the permit “was not necessary to achieve any compelling government interest, in violation of the First and Fourteenth Amendments.”

The ACLU cited its long history of supporting free speech on both the right and the left and publicly argued that restricting the rally in Charlottesville could create a precedent that would restrict any group’s free speech. “The First Amendment is a critical part of our democracy, and it protects vile, hateful, and ignorant speech,” the ACLU said in a statement. “For this reason, the ACLU of Virginia defended the white supremacists’ right to march.”

But the events in Charlottesville have led the ACLU to refine its position. This week, the ACLU affiliates in California released a statement that said, “If white supremacists march into our towns armed to the teeth and with the intent to harm people, they are not engaging in activity protected by the United States Constitution. The First Amendment should never be used as a shield or sword to justify violence.”

It seems like a good distinction to make. There’s a difference between a peaceful protest and an armed brawl. The police knew in advance of the rally in Charlottesville that the organizations attending had long histories of violence, with one of the groups advertising itself as a place for racist young men who want to fight.

Which is what Ahilan Arulanantham, legal director of the ACLU of Southern California, told the LA Times, “The factual context here is shifting, given the extent to which the particular marches we’re seeing in this historical moment are armed.”

The national ACLU told the Washington Post that it agrees with the California affiliates’ statement.

Executive director Anthony Romero told the Wall Street Journal, “The events of Charlottesville require any judge, any police chief and any legal group to look at the facts of any white-supremacy protests with a much finer comb. If a protest group insists, ‘No, we want to be able to carry loaded firearms,’ well, we don’t have to represent them. They can find someone else.”

This level of nuance is long overdue. I can see the point in defending the right of Nazis to march in Skokie on principle, but when a group is posting on Facebook things like “We don’t fear the fight. We are the fight,” then skepticism about their peaceful intentions is in order.

Gia Gunn announces that her birth certificate has been corrected