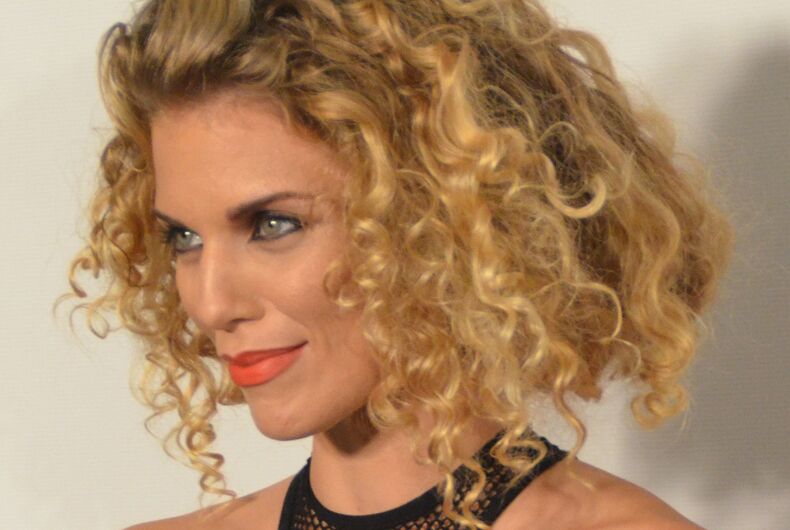 On Twitter and on Instagram yesterday, actress Annalynne McCord spoke up for gay friends of hers who were discriminated against by Southwest Airlines.

In a letter, McCord wrote about a gay couple who were taking their daughters on their first flight. The gate was open for family boarding, which, according to Southwest’s policy, any adult accompanying children under the age of six can board before other passengers.

McCord wrote that a Southwest employee told the family that they could not board the plane because “they didn’t count as a family.”

“Your employees made it clear that these beautiful little girls and their fathers were not in fact ‘family,'” she wrote.

She did not post the names of the parents or the daughters.

McCord went on to ask Southwest to rectify this situation. “I implore you, as a company that seeks to provide a happy experience for all of its customers, to hire individuals who despise hate, not love; who embrace difference, not look down on it.”

Have you ever felt bullied? Have you ever been picked on?… https://t.co/gKSsJ4b3Jc pic.twitter.com/7TMEN9jp8P

In May, another gay couple with three children was told by a Southwest employee that only one parent could board with the children since they were not a family.

A Michigan bar was vandalized, so the community showed its support

‘Patriot Prayer’ rally in San Francisco canceled because of criticism