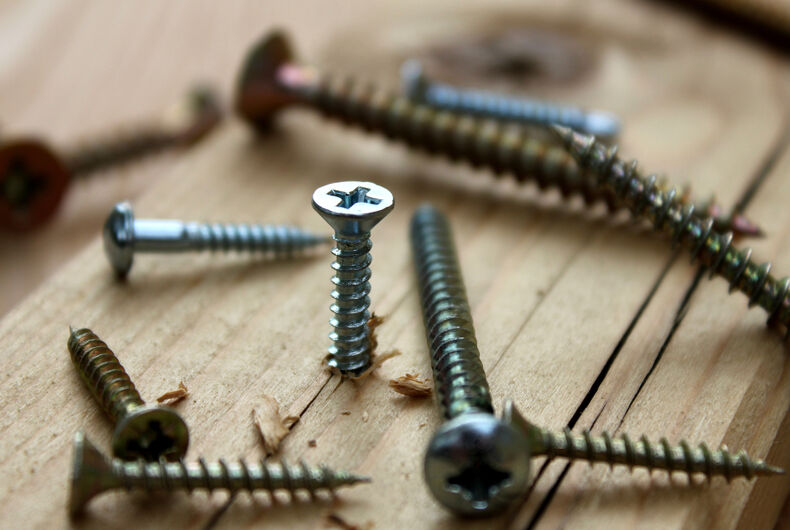 Every once in awhile some anti-transgender LGB person pops up and demands that transgender people get kicked off of Activism Island.  Whether it is military service, bans on reparative therapy, employment law, or public accommodations, there are a few LGB people who are actively working against transgender people being part of their movement. They are attempting to appeal to the nearly 50% of LGB people who don’t see themselves as having common concerns with the transgender community.

In the past I have made arguments that the communities are connected via history, sexual orientation, and common enemies. This was written over four years ago, and now an entirely new set of reasons for the LGB community to support the transgender community has emerged.

If you don’t, you’re going down with us legally.

If religious conservatives manage to beat transgender rights into the ground with a particular set of legal arguments, those arguments can almost certainly be applied to LGB people as well.  It would be foolish in the extreme to assume organizations like the Family Research Council and the Alliance Defending Freedom wouldn’t turn around and use the same arguments against LGB people after the transgender community has been safely dispatched.

Here are three ways that the LGB community is screwed if transgender rights fail.

1- LGB people can be banned from bathrooms and locker rooms

One of the biggest reasons given for dumping the transgender people from the movement is that the issue of bathrooms and locker rooms doesn’t apply to LGB people. How quickly these people forget that the entire argument for keeping DADT revolved around keeping lesbians and gays out of bathrooms and showers (or at least keeping them in the closet so that homophobic straight people could feel comfortable.)

Put another way; if transphobic religious conservatives succeed in their claim that transgender people should be sent to separate and unequal facilities because they are afraid of being assaulted by transgender people, that exact same argument will also allow the exclusion of lesbians and gays from school bathrooms. If they succeed in their claim that the possible presence of transgender people makes them uncomfortable for religious reasons, that exact same argument will almost certainly succeed against LGB students as well.

In short, if you don’t want lesbian and gay students to face the choice between the closet and separate and unequal status, you need to get on board.

2- DADT can be brought back

If President Trump’s tweets on the matter of transgender service turn into an actual order to the DoD, it will be challenged in court immediately.  The arguments that will be used to support the administration’s case are likely to include executive authority, the exceedingly small increase in cost associated with having transgender service members, or the unfounded assertion that inclusion of transgender people will affect readiness.

If this seems inconceivable, remember, the Family Research Council is claiming credit for the tweets banning transgender service members.  They have also continued to argue that lesbians and gays should be banned from the military long after DADT was repealed; blaming them for suicide and sexual assault rates in the military. If the ban on transgender service members survives in court, the FRC has considerable sway in the White House, and will undoubtedly continue to try to bring back DADT (or worse, and outright ban).

They will also probably succeed if the transgender community falls in court.

Legal protections in employment are the most important issue to LGB people, according to polling data by Pew.  It was even more important than marriage when the survey was done in 2013.  Which is why you need to know that if transgender people fail in their claims that anti-transgender discrimination is discrimination on the basis of sex stereotyping under Title VII of the 1964 Civil Rights Act, so will the claims that sexual orientation is similarly protected.

Since 2000 and the case of Schwenk v. Hartford,  a majority of circuit courts have concluded that employment discrimination against transgender people is a form of sex discrimination, and illegal under Title VII of the 1964 Civil Rights Act. It has only been very recently that claims that sexual orientation is similarly covered by the Civil Rights Act have begun to succeed. Indeed, it was not until this year that a circuit court ruled as such. However, the Supreme Court has not yet evaluated either of these claims.

The fortunes of the entire LGBT community hinge on what happens next in our country and in court. It doesn’t matter if you know any transgender people, or like them, or identify with them. Even if you don’t, if the transgender community falls, so does the LGB community.

If altruism is insufficient to motivate you to alliance, at least give self-interest a chance.