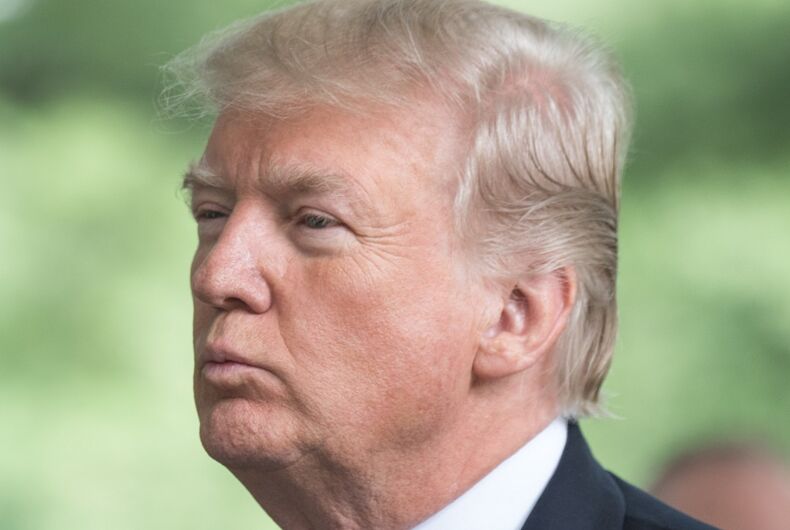 The Center for Investigative Reporting’s Jane Kay reports that the Department of Health and Human Services (HHS) has cut eighty-one five-year grants that were intended to reduce teen pregnancy. A total of $213.6 million in spending was eliminated.

The Teen Pregnancy Prevention Program was developed under the Obama Administration and, according to HHS’s website, funds “evidence-based” programs to reduce teen pregnancy. HHS Secretary Tom Price has long opposed both contraception and comprehensive sex education, and Valerie Huber, chief of staff to the assistant secretary of health, is an abstinence-only activist and disgraced former Ohio employee who was suspended for directing grants to a company she was involved with.

The eighty-one programs received five-year grants starting in 2015. Each year, they received a renewal letter that specified the end-date in 2020, but this year the date was changed to 2018.

“All of these grantees were given a project end date of June 30, 2018, allowing the grantees an opportunity to adjust their program and plan for an orderly close out,” an HHS spokesperson said.

Many of the grants were for research. Jennifer Hettema of the University of New Mexico was working on finding better ways to talk to Native American and Latino teens about pregnancy. “There are thousands of health care providers in this country who are winging it in terms of how to talk to teens about unintended pregnancies,” Hettema told Kay.

Like many studies, losing funding for the last half of the project renders the first half useless. Hettema was in the process of recruiting 1000 test subjects for her study, but will now only recruit 500 and run a pilot study of less use to medical professionals. “It’s kind of like building half a skyscraper and then saying, ‘Never mind,'” Hettema said.

Other programs that got cut provided education on preventing pregnancy. One program offered by the University of Southern California involved workshops for parents about how to talk to teens about sex and information about reproductive health services.

“We’re not out there doing what feels good. We’re doing what we know is effective. There are a lot of data from the program to show that it works,” Luanne Rohrbach, who directed the USC program, told Kay.

Teen pregnancy has dropped over the last two decades, but still remains higher than in other developed nations and Hispanic, African American, and Native American youth have higher than average rates. Teen mothers are about half as likely to finish high school compared to teen girls who don’t give birth during adolescence, according to the Centers for Disease Control. The CDC cites access to contraception and “evidence-based teen pregnancy prevention programs” as key to the decline in teen pregnancy rates.

Pat Paluzzi of had a grant to develop that answers teenagers’ health question. That grant was one of the eighty-one to get cut. She said the budget cuts are “part and parcel of the shift to abstinence-only dollars.”

Trump HHS nominee Valerie Huber wrote in 2014 that the push for evidence-based teen pregnancy programs is “at least as much about destroying abstinence education as it is about supporting ‘comprehensive’ sex education and free expression of nearly all sexual behaviors among young people.” She also accused contraception of providing “the opportunity to experiment with sex without the previous fear of potential consequences,” suggesting that it “encouraged casual sex.”

It’s no surprise, then, that Trump’s HHS would put a sexual morality agenda at the expense of teen girls’ futures.