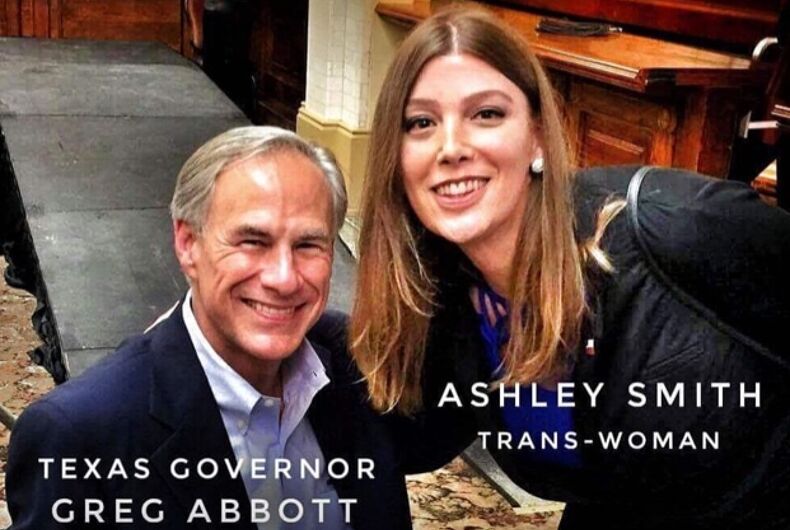 A transgender Texan has posted an all-smiles photo with Gov. Greg Abbott to protest a “bathroom bill” that state lawmakers will again consider during a special legislative session beginning today.

Ashley Smith posed with Abbott after he announced his re-election campaign Friday in San Antonio.

She later identified herself in the photo as “trans-woman” and posted it on Facebook with #BATHROOM BUDDY.

Smith, who has been active with groups opposing the bathroom bill, also posted: “How will the Potty Police know I’m transgender if the Governor doesn’t?” and received thousands of likes.

Texas tried and failed to pass a North Carolina-style law requiring transgender people to use public restrooms corresponding to their birth-certificate gender during the regular session ending in May. But Abbott revived the issue for the 30-day extra session.