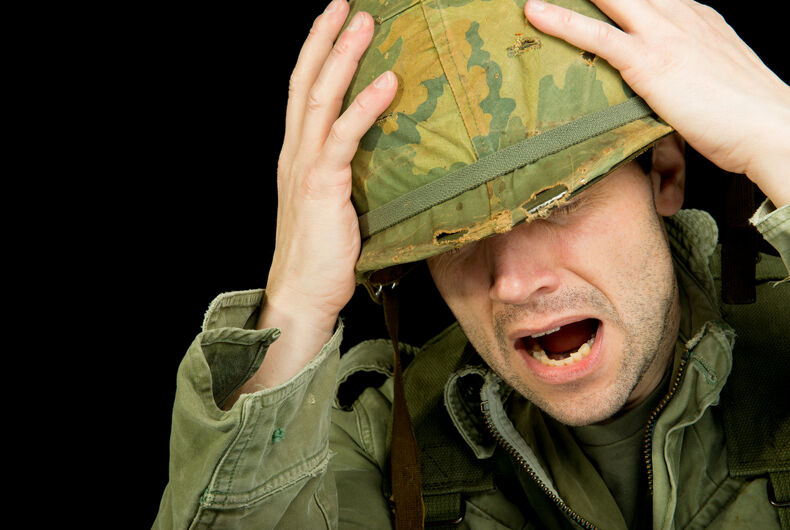 Right wing Christian pundit Wayne Allyn Root has made a shocking claim on his radio show following President Trump’s decision to ban transgender people from the military. He agrees with the move because he thinks American soldiers are cowards.

“Brilliant Donald Trump cements his support among every conservative, every Christian, every evangelical Christian and every straight white male in America,” Root gloats according to Right Wing Watch. “We are back! America is back! Thank God for Donald Trump. Thank God for common sense.”

“We’ve had it with this transgender issue,” Root says. “Do whatever you want in your bedroom, but you can’t go in the military, you cannot serve alongside the men and women who are fighting to save America [who] don’t want to be on the battlefront or in the fox holes with a he/she.”

“That’s who scares most straight men! Sorry to tell you. They don’t want to be near you. It’s like a freaking Nightmare on Elm Street if they see a bunch of transgenders walking towards them who don’t know if they are a man or a woman.”

Perhaps Root should stop yammering on about something he has no idea about. He’s not transgender, he’s not in the military, and he obviously doesn’t know a member of our Armed Services. If he did, he’d know that they aren’t cowards who run – and they always support and protect their comrades.