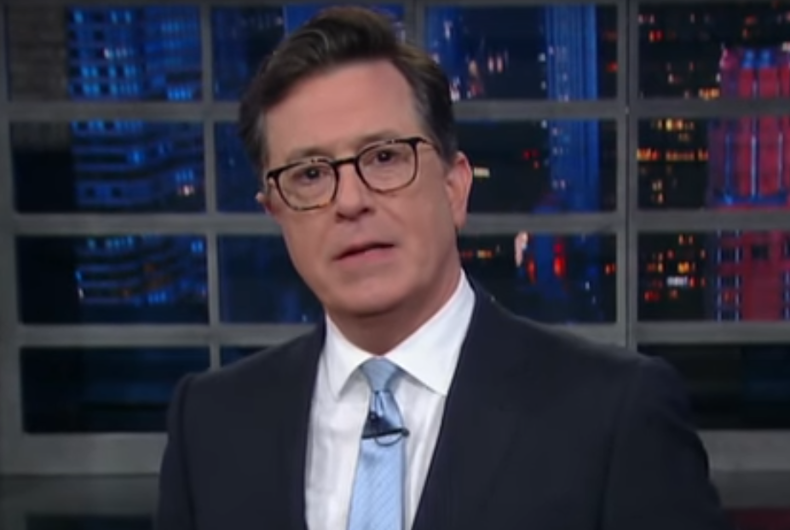 Earlier this week, Sessions gave a speech before the Alliance Defending Freedom (ADF), an organization that has been labeled a hate group by the Southern Poverty Law Center. The ADF is involved in several cases to limit legal protections for LGBTQ people and famously defended Kim Davis, the Kentucky county clerk who refused to issue marriage licenses to same-sex couples.

Initially, Sessions refused to release his comments, so Colbert had to guess what the Attorney General told the ADF. Standing behind an E.L. Fudge cookie, he did his best Sessions impersonation to tell people they must end sex “with a firm handshake.”

The Federalist later obtained and published Sessions’s comments. He touted Trump Administration actions he thought the anti-LGBTQ group liked, including the nomination of Neil Gorsuch to the Supreme Court.

He also promised that the Justice Department would have new guidance on “religious freedom” coming out soon. Considering how these people think that LGBTQ people’s rights are against their personal freedom, I don’t expect this guidance to be any good.

Andrew Garfield is right. His gay comments were taken out of context