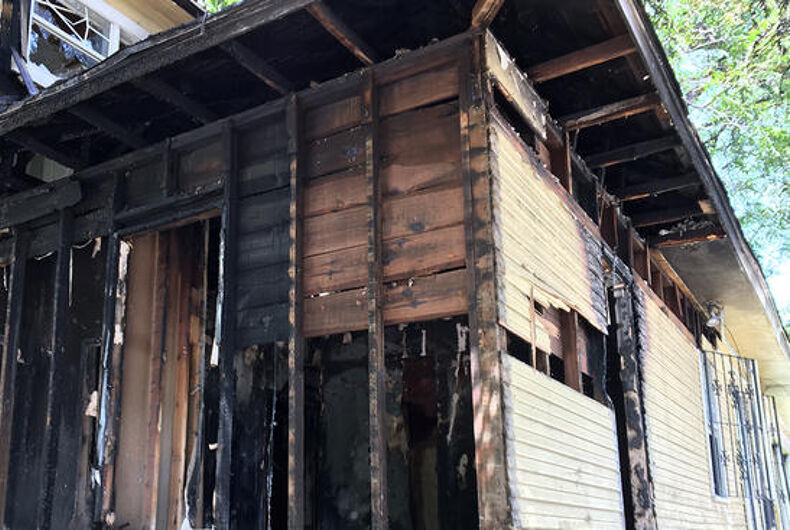 Dallas firefighters said an investigation into a fire at an LGBT resource center in South Dallas that serves the predominantly African-American community Friday morning reveals it was an act of arson.

“The fire was determined to be incendiary in nature, and was set at some point at the rear of the building,” Dallas Fire Department spokesperson Jason Evans told KXAS-TV.

The “Abounding Prosperity” center was heavily damaged; a representative for the facility said that will affect the services it offers to the community, included HIV testing and other LGBTQ resources.

Firefighters got the call to respond to the 1800 block of Peabody Avenue at about 6 a.m. Friday, Evans said. It grew to two-alarms and they extinguished the fire within an hour.

No injuries were reported, and no suspects have been identified so far.

Dallas Fire-Rescue investigators asked anyone with information about the incident to call them at 214-670-4312.