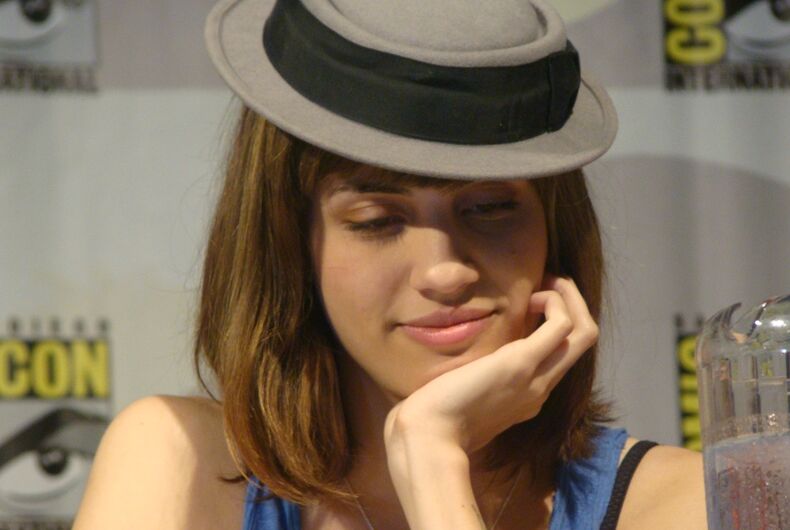 Natalie Morales came out as queer in an essay published on Amy Poehler’s Smart Girls yesterday.

“I don’t like labeling myself, or anyone else, but if it’s easier for you to understand me, what I’m saying is that I’m queer,” Morales wrote. “What queer means to me is just simply that I’m not straight. That’s all. It’s not scary, even though that word used to be really, really scary to me.”

The essay describes her upbringing in Catholic school, where she didn’t really understand why she found some girls to be “so cool.” After she transferred to public school, she had a relationship with an openly bisexual student that ended badly, as high school relationships often do, but felt like something was really wrong.

“I cried for days. I never told my mom what was really wrong (or I made up some excuse I’ve since blocked out), and she took me to a therapist because I was absolutely hysterical and inconsolable. I think I’ve blocked out what that therapist told me, too. But I know I thought I was sick. I know I thought something was really wrong with me. I was ashamed and I thought I was dirty. I knew that the church said it was wrong and that God said it was wrong.”

She writes that as she grew up she came to understand her sexuality. “I am not attracted specifically to any type of gender. I’m attracted to people. Each person is their own incredible, massive universe. That is what I am attracted to; that is what I want to know, want to love, want to defend, want to take care of.”

Morales is best known for her recurring role as “Lucy” in the series Parks and Recreation. She has also appeared in films including Wall Street: Money Never Sleeps and Going the Distance.

Weekly Debrief: The Supreme Court sides with LGBTs and more