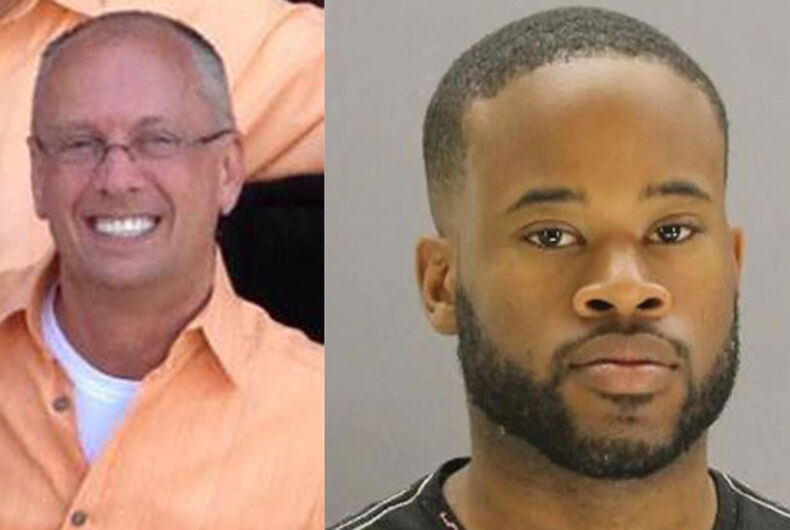 Robert Lee Covington, who worked as the office manager at an LGBTQ church in Dallas, was found dead in his bed, suffocated with duct tape across his nose and mouth.

Police have arrested Yevin Rushing, 22, whom Covington met online. Rushing was in possession of the deceased’s watch and returned to the scene with a U-Haul, leaving when he realized police were present. Bond has been set at $500,000.

Rushing told police he was given the Rolex watch by Covington during a previous encounter, but admitted to returning with a U-Haul. Neighbors spotted him acting suspiciously, and logged his license plate number.

Covington, 54, who worked as the executive assistant to the senior pastor and office manager at Cathedral of Hope, was discovered by a friend on Friday in his locked apartment, who then alerted police, they report.

Church members were asked to wear bowties to church this past Sunday in honor of Covington.

Friends are also honoring him by changing their Facebook profile pictures to an image of a bowtie with a halo, and the words “In Loving Memory” below.