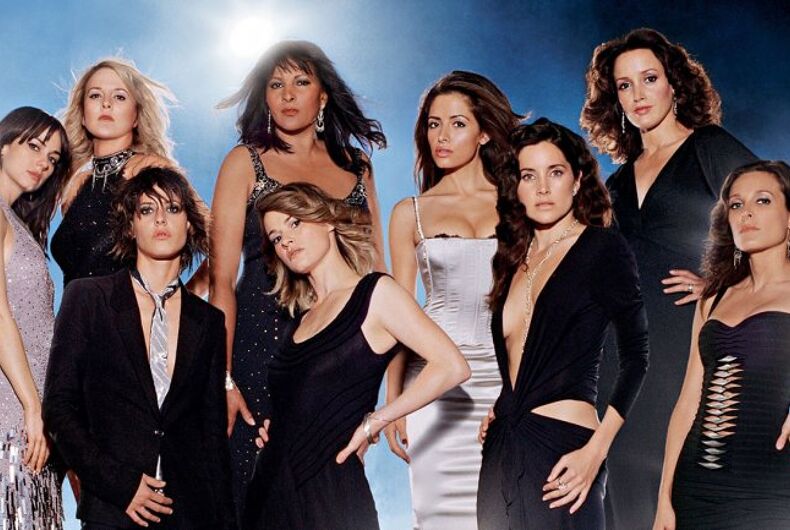 The cast of "The L Word."Photo: Showtime

The beloved and groundbreaking lesbian drama The L Word is coming back to Showtime with a reboot that will feature some of the old cast mixed in with new faces.

Series creator Ilene Chaiken will exec produce alongside original stars Jennifer Beals, Kate Moennig and Leisha Hailey, The Hollywood Reporter writes. As Chaiken is already plenty busy in her role as showrunner of Empire, so a new showrunner for The L Word is being sought. Showtime is looking for someone with ties to the lesbian community to accurately represent the world the characters will inhabit.

The reboot could also feature some of the non-lead characters from the original.

The show ran from 2004-2009, and rumors of its return have been coming fast and furious of late.

The cast recently reunited to talk about the show’s impact, with the idea of a potential reboot also coming up.

“There’s certainly a chance,” Chaiken said. “We talk about it all the time. When we went off the air in 2009, I think a lot of people thought, ‘Okay, the baton is passed now, and there will be lots of shows that portray lesbian life.’ There’s really nothing. It feels like maybe it should come back.”

The show won multiple GLAAD awards, and the organization is cheering its return.

“The past few years have seen lesbian and queer women characters in television killed off in shockingly high numbers,” said Sarah Kate Ellis, GLAAD President and CEO. “It is refreshing and exciting to see GLAAD Media Award-winning The L Word returning to television where it can tell nuanced, entertaining, and beautiful stories of an largely underrepresented community.”

Who is the hunky Russian pop star implicated in Donald Trump Jr.’s emails?