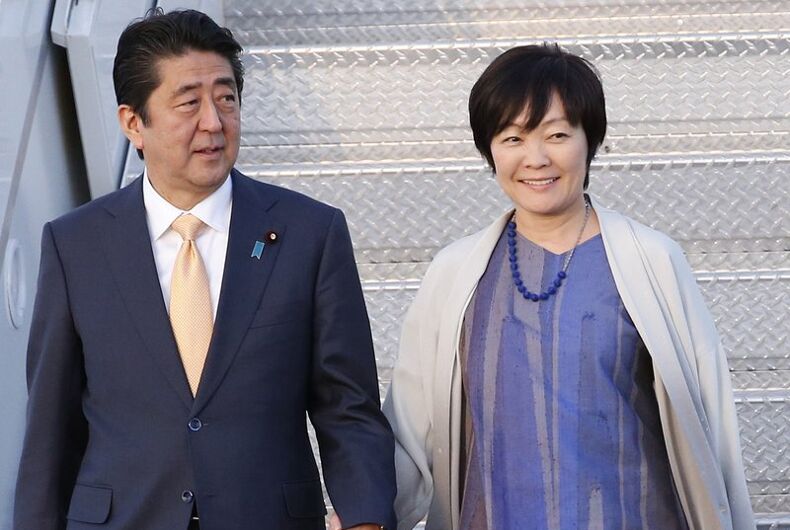 One nugget in Donald Trump’s stunning interview with the New York Times has gone under-reported. Sure, he stabbed Jeff Sessions in the back along with other top leaders at the Justice Department. Of course, he bad mouthed Robert Mueller for leading the investigation into Trump’s probably-illegal ties to Russian mobsters and whether his campaign colluded with the Russian government to win the presidential election.

But buried in the interview comes this juicy tidbit: Japan’s First Lady, Akie Abe, apparently let Trump think she doesn’t speak English so she could avoid talking to him during dinner.

During a segment in the conversation about Trump’s “secret meeting” with Vladimir Putin during a dinner at the G20 summit, Trump took a moment to point out that spouses attended the dinner as well and Melania Trump was seated near Putin. It would have been rude not to say hello, amirite?

Besides, he was sitting next to Abe. “She’s a terrific woman, but doesn’t speak English,” Trump told the reporters.

Asked if she really said nothing to him, Trump responded with “Like, not ‘hello’.”

Except, she does speak English. Apparently, like our own First Lady, she was just trying to ignore the doddering old lecher and make the most of a bad pairing.

Need proof? Here you go. She gave the keynote speech in 2014 at the World Conference on Disaster Risk Reduction – no small feat for someone who “doesn’t speak English.”

Check out the excerpt from the Times interview on the next page.

Man sues Congress members over pride flags, claiming being gay is a religion