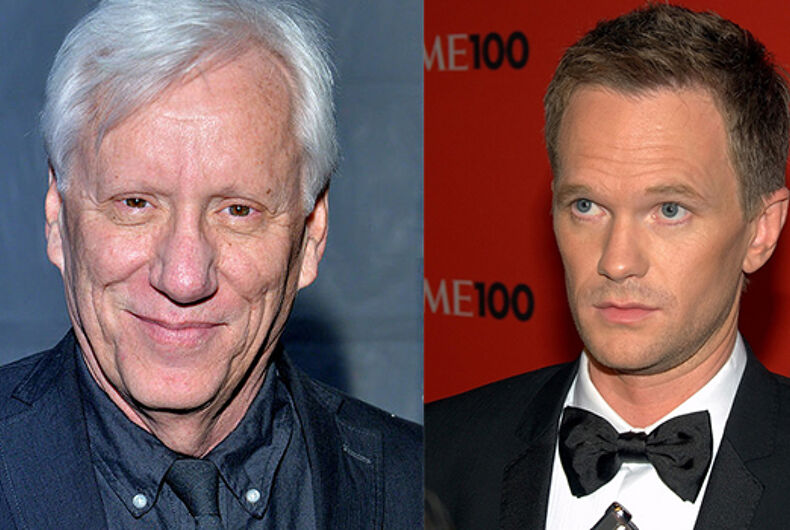 James Woods has grown increasingly anti-LGBTQ and Neil Patrick Harris for one isn't about it. Photo: Woods by Glenn Francis, Harris by David Shankbone

James Woods seems to believe that the intended purpose of Twitter, despite its policies to the contrary, is to use it to be a bully, much like his beloved President Donald Trump.

Woods tweeted out a picture of a couple and their gender nonconforming child, with the disturbing message, “This is sweet. Wait until this poor kid grows up, realizes what you’ve done, and stuffs both of you dismembered into a freezer in the garage.”

This is sweet. Wait until this poor kid grows up, realizes what you've done, and stuffs both of you dismembered into a freezer in the garage pic.twitter.com/1k3ITApFsF

This obviously says a lot more about Woods than it does anyone in the picture that he stole to use for his own hateful ends.

It also stands in stark contrast to what Woods was tweeting out almost exactly two years ago: A link to an LGBTQ Nation article about a video he and other celebrities starred in to raise awareness for homeless LGBT youth.

Neil Patrick Harris, who is friends with the family, was having none of it. He came to their defense, in an excoriating tweet wherein he called Woods’ tweet “utterly ignorant and classless,” and added that he “should be ashamed” of himself.

Utterly ignorant and classless, Mr. Woods. I'm friends with this family. You know not of what you speak, and should be ashamed of yourself. https://t.co/ZrbtZH49sp

This is hardly the first time Woods has tweeted something anti-LGBTQ.

When Anderson Cooper rolled his eyes at Kellyanne Conway, Woods used it to make a butt plug joke.

As his butt plug dislodges during a newscast… #andersoncoopereyeroll https://t.co/AS6RCbjZdB