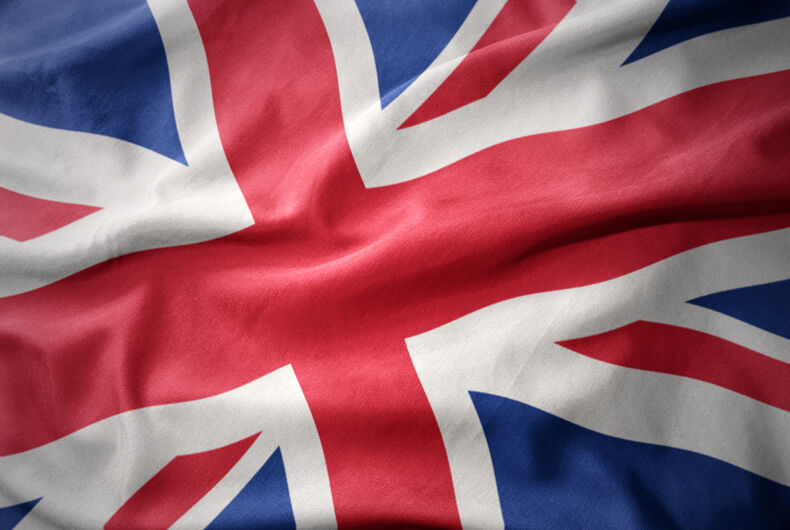 This year marks the 50th anniversary of the decriminalization of adult same-sex sexual expression in England. This followed a long and tortuous history of royal decrees, legislative acts, religious dogma, and social attitudes related to sexuality and gender expression dating back centuries.

The English in 1431 CE, under King Henry VI, urged the Catholic church to condemn Joan of Arc for the “crime” of wearing “men’s” clothing. Henry argued, “It is sufficiently notorious and well-known that for some time past, a woman calling herself Jeanne the Pucelle (the maid) leaving off the dress and clothing of the feminine sex, a thing contrary to divine law and abominable before God, and forbidden by all laws, wore clothing and armor such is worn by men.”

Joan asserted that her style of dress was her religious duty and higher than Church authority. She asserted, “For nothing in the world will I swear not to arm myself and put on a man’s dress.”

Catholic inquisitors accused her of practicing paganism and condemned her to death for wearing men’s clothing and armor, and burned her at the stake as a heretic.

Throughout the 1500s – 1700s in England and its American colonies, women accused of being “witches” were killed. In Salam, Massachusetts, for example, 20 women were executed.

People assigned “female” at birth but who presented as male and who married women, during the 1500s – 1800s in Europe, including England and the United States, if discovered, they suffered penalties from floggings to death.

In 1533, under the reign of King Henry VIII of England, Parliament instituted the “buggery” (or sodomy) law, punishable by the penalty of death for “the detestable and abominable Vice of Buggery committed with mankind or beast.”

This meant that a male found to have had sex with another male, and, yes, someone who was discovered engaging in sexual intercourse with an animal, both the persons and the animals would be killed.

Under the reign of Queen Elizabeth I of England in 1564, the death penalty for same-sex sexuality between men became a permanent part of English law until 1861. Women were exempt from the law by British courts who decided that sex between two women was not possible.

Crossdressing was occasionally practiced in the colonies. Edward Hyde, Lord Cornbury, colonial governor of New York and New Jersey from 1702-1709 walked nearly every afternoon in public dressed in his wife’s clothing, which he explained was a tribute to his cousin, Queen Anne. There is no evidence that he engaged in sexual relations with men.

About this time in England, there developed the first documented fairly organized network of men gathering together for company and sexual encounters. From around 1700 – 1830, a series of houses or pubs, later called “Molly Houses,” catering to the needs of these men were established throughout London. Some of the “houses” consisted of private rooms in taverns, while others were in private houses. Many of these houses were raided by police, the men tried, and some executed.

Since the early to mid-19th century, a linear history of homosexuality, bisexuality, and gender non-conformity predominantly in the West, begins with the formation of a homosexual and gender non-conforming “identity” and a sense of community brought about by the growth of industrialization, competitive capitalism, and the rise of modern science, which provided people with more social and personal options outside the home.

It is only within the last 150 or so years that there has been an organized and sustained political effort to protect the rights of people with same-sex and more-than-one-sex attractions, and those who cross traditional constructions of gender expression.