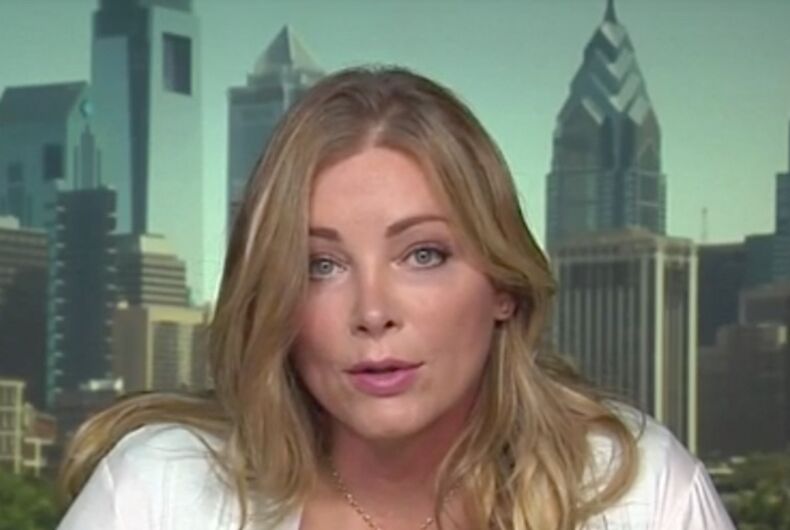 Dr. Christine McGinn isn’t your typical doctor. A former Navy surgeon, once nominated as flight surgeon of the year, spoke out against Donald Trump’s hastily announced ban on transgender service members on CNN over the weekend and offered to help some troops caught in limbo as the policy is fleshed out.

McGinn, who is also transgender, will perform free gender confirmation surgery for any military member who has already scheduled the procedure with her office.

“If the commander-in-chief won’t take care of our veterans, our veterans will. I will do surgery for free on the number of people that I have already lined up for surgery,” she told Michael Smerconish on Saturday.

“It’s obvious discrimination,” she said. “I think any fifth-grader could see that.”

Conservatives and the religious right continue to claim the cost of providing surgeries to transgender people would be excessively burdensome to the government, but a quick glance at the military budget quickly showed how ridiculous that notion is.

The military spends 10 times more to provide Viagra to military members than it would pay for all surgeries for transgender people.

“I think it’s being twisted and spun to make it seem like it would be more than it is,” McGinn said. “I think the cost of getting rid of very well specialized, trained military service people is exponentially larger than just taking care of them.”

As for the claim that surgery would require soldiers to be off-duty for long lengths of time, McGinn was also quick to point out the ridiculousness of that suggestion as well.

“Most of my patients are back to work in six weeks, sometimes two weeks,” she said. “I think that this is getting inflated to make it a little more political.”

Are straight cisgender soldiers so scared of trans people they can’t fight?

Why is the gay Golden Girls ‘reboot’ being rejected by all the networks?