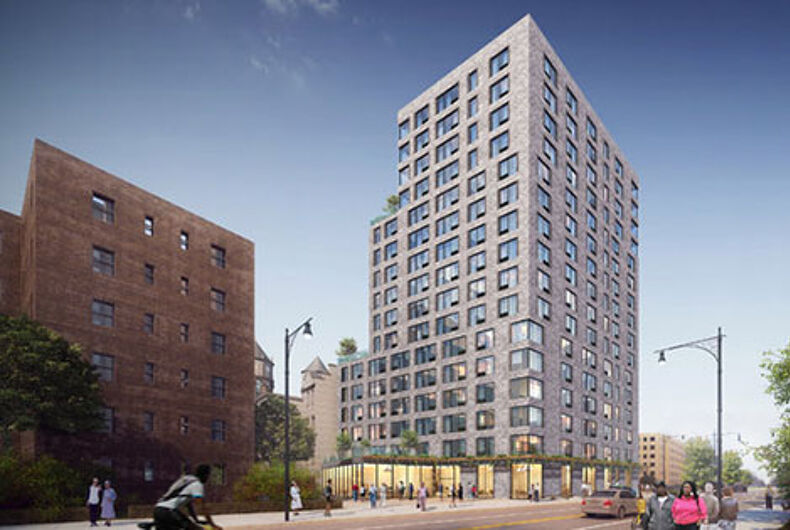 Philadelphia was first, followed by Chicago, Los Angeles and San Francisco, and now New York City is at long last about to begin construction of two LGBTQ-specific subsidized housing residences for seniors.

As The New York Times reported, the Big Apple may have given birth to the modern-gay rights movement, but growing old there can be extraordinarily difficult.

Lesbian, gay, bisexual and transgender elders are more likely to need help because many are single, have no children and may be estranged from their families. They all too often wind up isolated in traditional retirement communities or nursing homes, according to advocates, and some even go back into the closet, just to avoid being alone.

More than 100,000 of NYC’s 1.1 million residents 65 years and older are LGBTQ, according to estimates. Although the city has increased funding to expand senior centers and programs for them in recent years, officials have struggled to provide living spaces in a metropolis that suffers from an overall shortage of affordable housing.

“This is one place where we’ve been lagging behind, and it’s time to catch up,” Michael Adams, the chief executive of SAGE told The Times.

SAGE is a nonprofit advocacy and service organization that is working with private developers to build two towers that will provide a place to live for seniors who may face discrimination from their neighbors, or simply want to spend their later years among those with whom they feel most comfortable.

Work is scheduled to begin next month on a $78 million apartment building at the Ingersoll Houses, a public-housing project in Fort Greene, Brooklyn. That project will be followed this fall by a $40 million building across from Crotona Park in the Bronx. Opening day is set for 2019 and will feature SAGE-run senior centers that will also serve the local communities.

This is in part a response to Mayor Bill de Blasio’s call for more affordable senior housing for LGBTQ New Yorkers. “Many older L.G.B.T. adults remember the discrimination they faced in housing and other sectors, and they were silenced for far too long,” Donna Corrado, the commissioner of the Department for the Aging, told The Times. “The construction of housing for them creates a safe space and support system that allows LGBT seniors with limited incomes to live with dignity.”

Texas Speaker: ‘I don’t want a suicide on my hands’ over bathroom bill