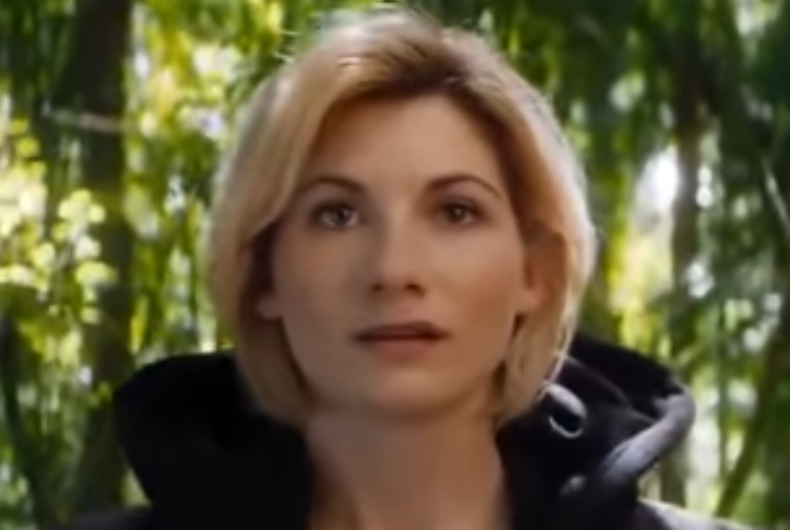 This weekend, Chris Chibnall, head writer for Doctor Who, announced that Jodie Whittaker would be the thirteenth actor and first woman to play the iconic sci-fi role. While the process of physically changing sex isn’t difficult for a time lord, the legal process in the United Kingdom – where the television show originated – is more time-consuming than in other countries.

Every few years, the Doctor, a time lord from the planet Gallifrey, undergoes “regeneration,” which allows them to recover from injury or disease but also requires them to take on a new form. It’s a convenient trait both for heroes involved in dangerous work and for the BBC, which needs to cast new actors in a role that has been around since the 1960’s.

The regeneration will take place in this year’s Christmas special. But a real-life time lord would have to wait much longer to get all of their paperwork in order.

Getting a GRC requires a diagnosis of gender dysphoria from two medical professionals (just calling yourself “the Doctor” probably doesn’t qualify), two years of living as one’s gender, and £140 ($182) for the fee plus several hundred pounds to get accompanying reports. All of this has to be sent to the Gender Recognition Panel, a group of judges who decide if the applicant really is transgender.

Fortunately for the Doctor, there is no surgery requirement, since regeneration would be difficult to explain to the Gender Recognition Panel. On the other hand, getting utility bills to prove that she has been living as a woman for two years might be hard since she lives in a vintage phone booth.

If that wasn’t hard enough, the UK also has what’s called a “spousal veto.” Someone who is married – like the Doctor, who married Professor River Song in 2010 but hasn’t seen her in years – has to get their spouse’s consent before getting a GRC. If a trans person’s spouse refuses to sign the paper, then the GRC is denied. This is a big deal in the UK, where no-fault divorce does not exist – getting a divorce requires proof of mistreatment (adultery, desertion, or “unreasonable behavior” like verbal and physical abuse) or separation of at least two years if your spouse agrees to divorce, or five years if they don’t.

If River Song can’t be found, then the Doctor would have to wait five years to get a divorce in order to get a GRC.

So the Doctor has to do more than regenerate in a Christmas special if she wants to be legally recognized as a woman in the UK. But if she lived in Ireland, she could get her paperwork updated just based on her self-identification.