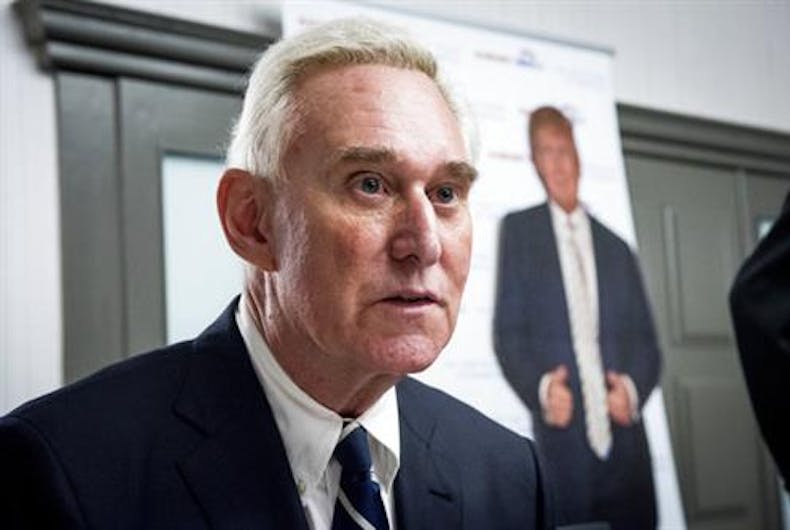 Roger Stone is named in the lawsuit as likely colluding with Russians on the hacked DNC emails.Photo: Associated Press

A former Democratic National Committee staffer, along with two Democratic Party donors, are suing the Trump campaign and longtime informal adviser Roger Stone, accusing them of conspiring with Russia over the hacked emails scandal.

The New York Times reports that the invasion of privacy lawsuit was organized by Protect Democracy, a government watchdog group run by former Obama administration lawyers. If it goes to trial, it could result in new information coming to light involving the Trump campaign colluding with Russia, as the suit seeks to depose witnesses and obtain campaign emails during discovery.

One of the plaintiffs is Scott Comer, who was the chief of staff in the finance department of the DNC, who was outed to his grandparents when his emails were a part of the leak.

It goes on to state that Comer received harassing and threatening phone calls, and was marginalized at work over comments he made about coworkers in his emails. He eventually left his job.

Party donors Roy Cockrum and Eric Schoenberg are also suing, alleging damages based on personal information, such as home addresses, birthdays, and social security numbers, being released through the leaked emails. This resulted in individuals trying to apply for credit in their name, the suit states, resulting in “significant stress and anxiety.”

Stone has called the suit meritless and said he expects it to be “quickly dismissed.”