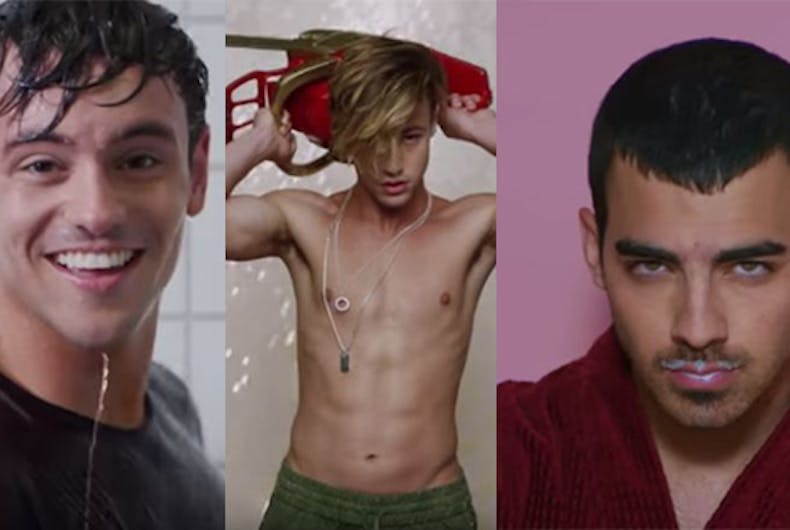 Let’s face it, we could all use a good distraction in the form of a pop bubble gum hit for summer.

Coming through to save the day is Charli XCX, known for co-writing two hit singles for other artists, Icona Pop’s “I Love It!” and Iggy Azalea’s “Fancy,” as well as her own single “Boom Clap,” from the The Fault in Our Stars soundtrack.

Her latest track is an ode to boys, and the video is stacked with as many hot men as your heart could desire, including Tom Daley, who we catch in the shower.