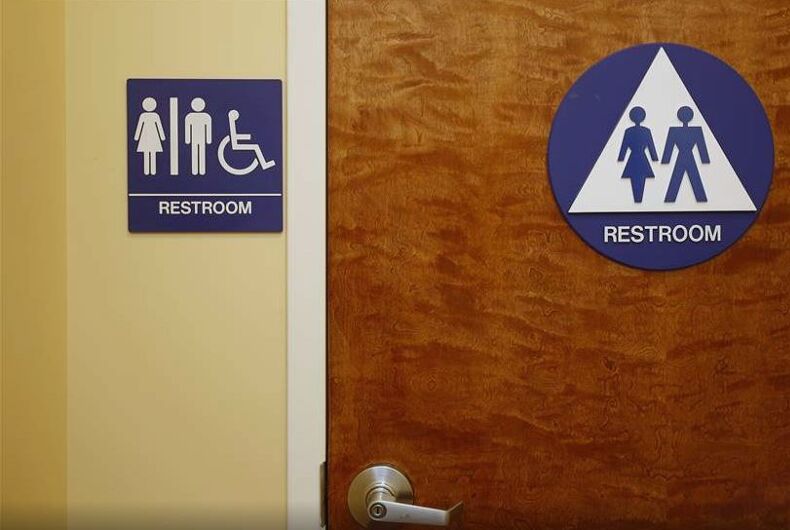 Dozens of advocacy groups are urging state education officials around the country to protect transgender students after the Trump administration rescinded an Obama-era guidance on school bathroom and locker room use.

In a letter sent Tuesday, the nation’s leading civil rights organizations say schools must allow students to access restrooms in line with their stated gender identity, as the guidance had called for.

The Trump administration withdrew the guidance in February, saying it was a matter for the states, not the federal government, to decide. The decision caused an outcry among LGBT activists.

The groups, citing Title IX and and the Equal Protection Clause of the Fourteenth Amendment to the U.S. Constitution, warned that denying students access to the bathrooms of their choice would violate federal law and the Constitution. As a result, schools “will continue to be subjected to lawsuits,” the letter, signed by Public Justice, the National Women’s Law Center, Lambda Legal, and dozens more.

They are asking officials to “provide a safe and nondiscriminatory environment for all students” by taking “all necessary and appropriate steps to ensure that schools…are acting in accordance with federal law and the U.S. Constitution to provide all students — including transgender students — with equal educational opportunities.”

Translation: The Trump administration has created a no-win situation for public schools.

“At a time when transgender students are less likely to graduate and more likely to suffer violence and severe physical and emotional injuries, and when too many students are taking their own lives, we share your goal of ensuring that all students receive an education in a safe, supportive, and nondiscriminatory environment where they can learn and thrive,” the letter concludes.

When the Trump administration rescinded the Obama-era directive protecting trans students, one such students, Gavin Grimm, had his case against his school district sent back down to the lower court by the Supreme Court, which was to take it up.

It will now be heard by the U.S. Court of Appeals for the Fourth Circuit, with oral arguments set to take place on September 12. Grimm will be supported by lawyers from the American Civil Liberties Union (ACLU).

Maya Rudolph’s Ivanka Trump impression will leave you in stitches

Why do hotels put a book calling for the execution of LGBT people in every room?