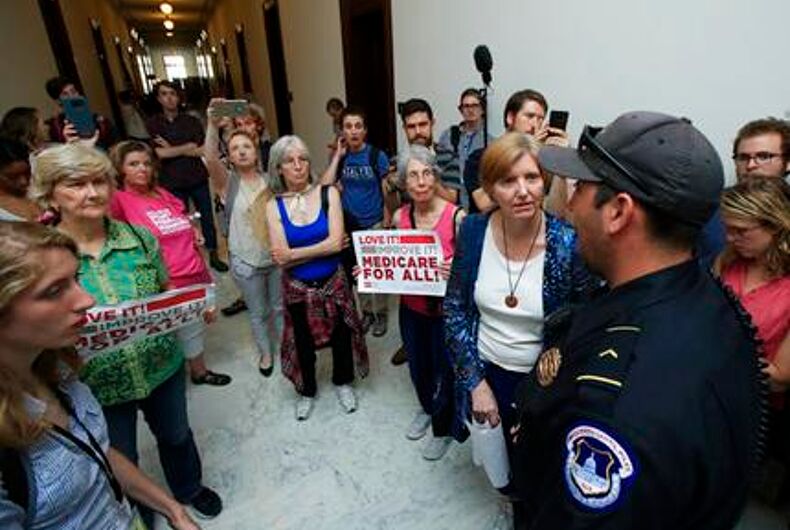 With just a 52-48 majority in the Senate, Lee and Moran’s resistance means Majority Leader Mitch McConnell cannot move ahead on the bill.

Lee says he can’t support the bill because it doesn’t repeal all of the Obamacare taxes and doesn’t go far enough to lower premiums.

Moran says, “We should not put our stamp of approval on bad policy.”