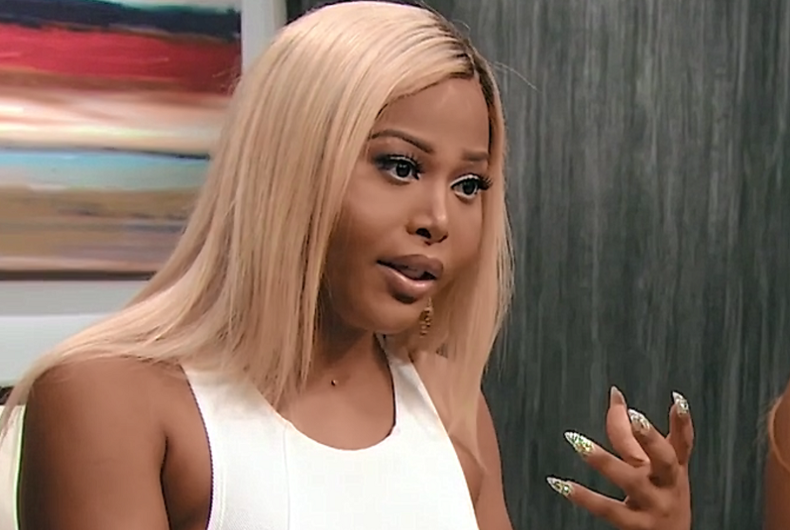 An episode of Botched featuring a transgender woman will air on E! tonight.

In this episode, Shauna Brooks talks about how she was undergoing illegal hormone therapy and got loose silicone injections done at a young age. “When I was 14 years old, I started a black market hormone therapy. In the black urban community, the transgenders get silicone pumped in their cheeks, in their breasts and their ass,” she said.

Loose silicone injections can be dangerous, since those who inject are unlicensed and might not be using medical grade silicone. Loose silicone can move around the body, leading to disfigurement and health complications. Earlier this year, a woman was charged with second degree murder in North Carolina after a transgender teenager who received injections from the woman died.

On the other hand, young transgender women might see it as the best available choice, as cosmetic surgery from a professional is expensive and difficult to obtain, while not looking feminine enough can lead to intense harassment, discrimination, and self-image problems.

Brooks says that she’s thinking about getting her cheekbones reduced in Thailand, Dubrow responds, “There are so many good plastic surgeons in this country, and medicine generally is the safest that it can be anywhere in the world. So you should never go outside the United States for any surgical procedure.”

Well, the United States’s medical system has failed a lot of people. If we lived in a world where Americans could access necessary medical treatments without going into debt, then Dubrow’s advice would be sound. Instead, we live in a world where Americans pay more for health care than anyone else does, Congress is literally negotiating how many tens of millions of people it can take health care coverage away from, teenagers can’t access medical care without going through their parents, and transphobia makes getting necessary medical procedures difficult. In some cases, traveling to another country for medical care is the best option.

Which is to say that I hope that this episode isn’t about a white, cisgender, wealthy, male doctor berating an African American trans woman about choices she made as a teenager. My guess is that if Shauna had had better options, she would have taken them.