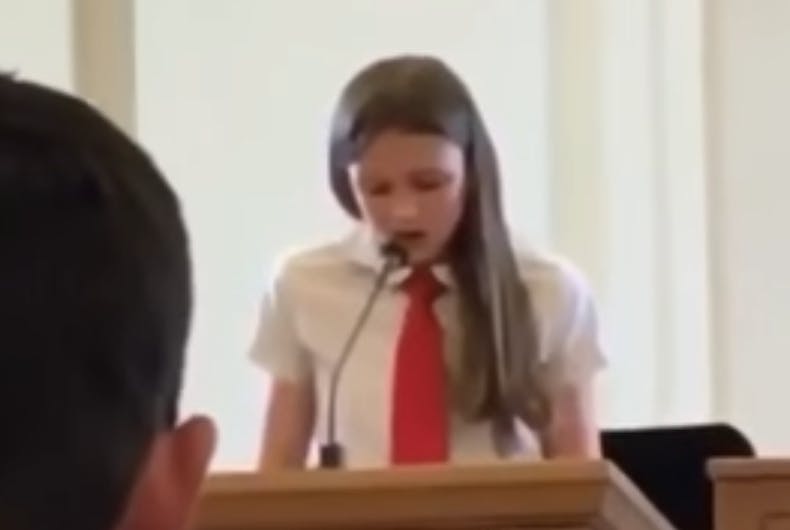 In a video posted to Facebook this week, a 12-year-old girl identified only as “Savannah” came out to her church in a moving speech.

She talked for about two minutes before her mic was cut off and she was told by church officials to sit down. According to her mother Heather, she left the stage in tears.

Savannah, who lives near Salt Lake City, was speaking at a monthly testimony meeting where church members are encouraged to share their feelings about God. Her parents say that she worked on her speech for months because she wanted it to be perfect.