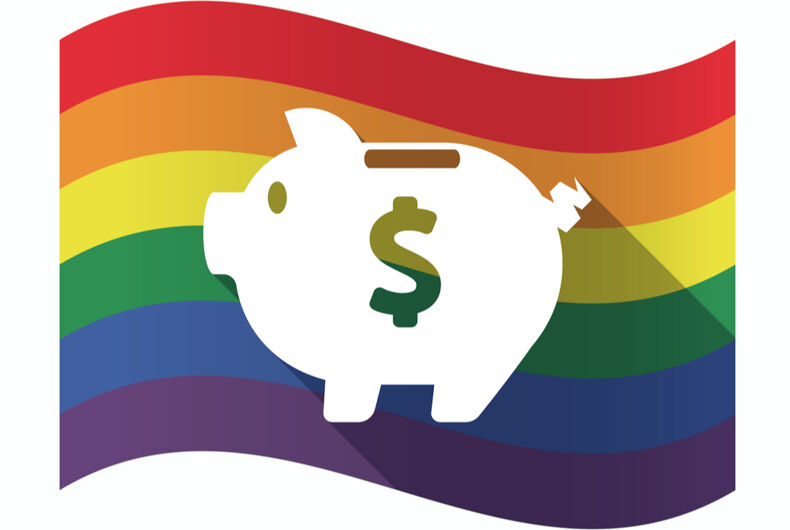 A dispute over a corporate sponsorship has ended with United Airlines withdrawing from this year’s NYC pride parade. Delta, a corporate sponsor of the event, had objected to the rivals’ presence, citing exclusivity terms in their contract with organizers.

Ben Schlappig from One Mile At A Time reports that Delta’s contract “prohibits other airlines from having branding in the parade, including banners, flags, signs, posters, handouts, etc. Other airlines can have stuff that has the name of their LGBT group on it, but not the airline’s name. Similarly, they’re not allowed to have a float, and can only march towards the back of the parade.”

“It’s my understanding that Delta’s original contract with the event prohibited other airlines from marching in the parade, but apparently this violated a law requiring that anyone be allowed to march in a parade. So instead they amended the contract so that it’s super restrictive,” he writes.

JetBlue apparently circumvented the restrictions last year by sponsoring an organization’s float and slapping their logo on it. This year the companies were warned that anything similar would result in expulsion from the parade.

“Unfortunately, we encountered some unforeseen limitations with our participation in the NYC Pride Parade based on rules stipulated by the parade organizers,” United’s Chief Diversity Officer wrote in an employee memo according to Schlappig.

“We have been informed that Delta has airline exclusivity which prohibits United and other airlines from walking with their company logos. We tried very hard to persuade the parade organizers to relax their prohibition but we were unsuccessful. While we truly regret not being able to walk in this year’s parade, this turn of events will not keep us from celebrating.”

In case you missed it, this whole thing is centered around corporate branding and logos. It has nothing to do with LGBT rights, supporting our community, or helping anyone other than themselves. United doesn’t care about supporting us if they can’t show their logo. Delta cares more about United and other competitors’ logos than they do about supporting LGBT people or they wouldn’t try to limit the amount of support the parade can get.

But, hey, at least the city didn’t sell the pride parade to a fracking company like Pittsburgh did.