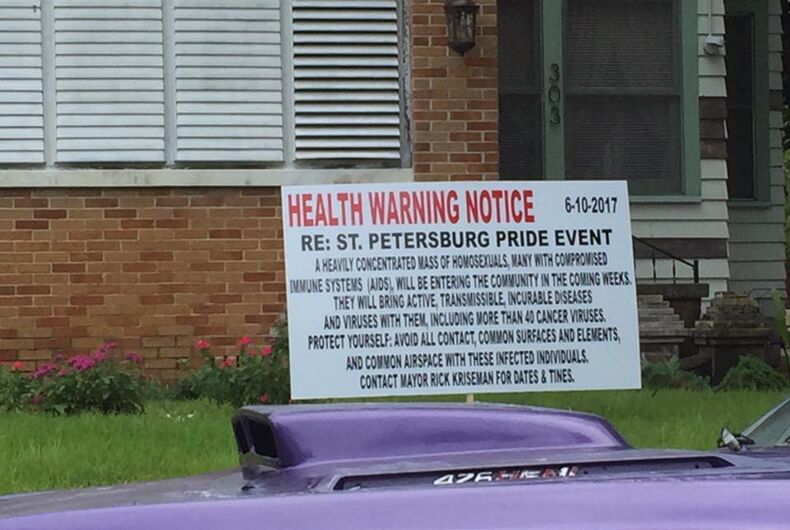 He explained to local news outlet WFLA that he felt there were too many Jewish and LGBTQ people in the Cabinet of previous administrations.

Now, Price has responded to his signs being stolen by placing a bigger one, bearing an even more homophobic, and scientifically illiterate, message in their place. It reads:

A highly concentrated mass of homosexuals, many with compromised immune systems (AIDS), will be entering the community in the coming weeks. They will bring active, transmissible, incurable diseases and viruses with them, including more than 40 cancer viruses. Protect yourself: Avoid all contact, common surfaces and elements, and common airspace with these infected individuals. Contact Mayor Rick Kriseman for dates & times.

As The New Civil Rights Movement notes, Kriseman became the first mayor to raise an LGBT Pride flag above the area’s City Hall.

Trump tweets in remembrance of Pulse victims, Twitter not here for it