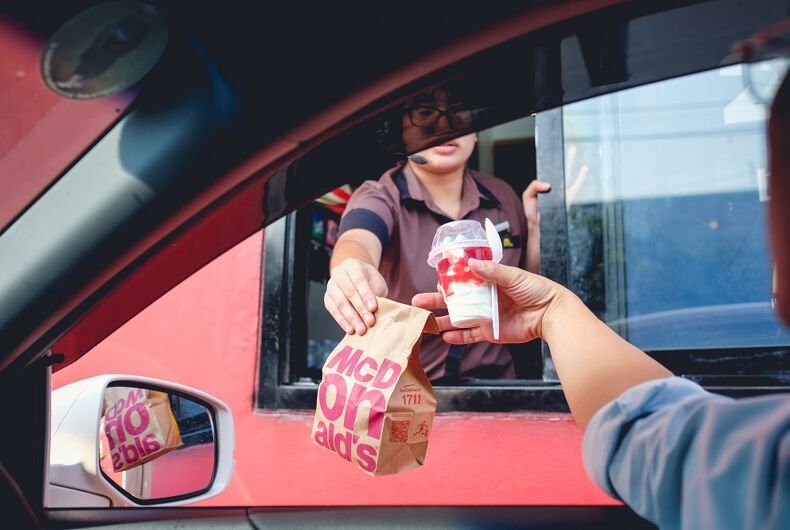 La’Ray Reed worked at a McDonald’s in the Detroit, Michigan, area for several months in 2015 and is now filing suit against both the McDonald’s corporation and the franchisee for sexual harassment and sex discrimination.

Reed is a transgender woman and says the harassment started right when she started working at the McDonald’s. According to her suit, another employee asked her if she was a boy or a girl and made some sexual comments about her, which led to harassment from both coworkers and managers.

In another incident, she was taken off the drive-through by a manager who called her “boy-slash-girl” loudly enough for everyone to hear.

She also says she was denied hours and clocked out by managers while she was still working so that she wouldn’t get paid for the work she did.

At one point, Reed says that she was spied on when she used the bathroom and, as she got out, was told by a manager to use a former bathroom in the back of the restaurant that had long since been used as a broom closet.

Reed says that she complained to someone at corporate McDonald’s, who said he would look into the harassment but never did. When she complained to the franchise’s owner, she was put on a three-way phone conversation with the owner and a manager. The manager denied the harassment, and shortly afterwards Reed was fired. When she went to pick up her last paycheck, she says a manager told her, “You think I don’t know what you are because of how you dress and look?”

Employment discrimination based on gender identity is not prohibited in the state of Michigan, so Reed is suing for sex discrimination, as well as sexual harassment.