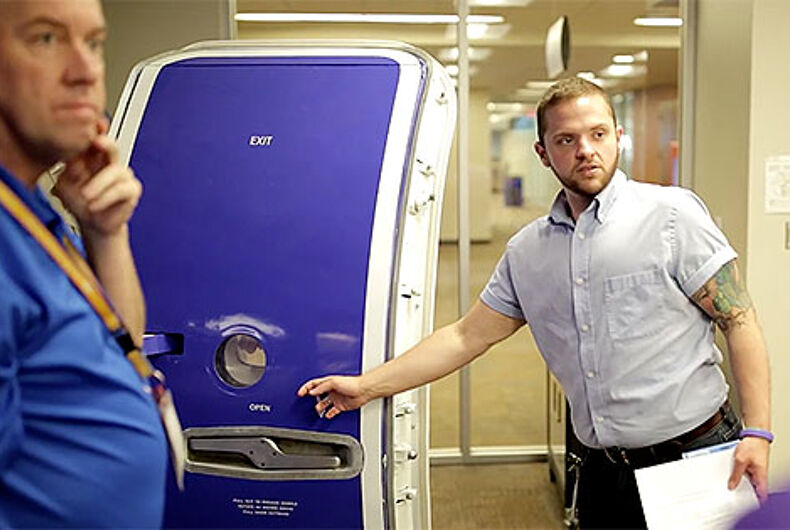 But the thrust of this new video posted to Facebook is that the airline not only welcomes trans employees but celebrates them as part of a diverse workforce.

Ethan Avanzino is a gay trans man who works as a creative producer at the company’s training facility, making videos that update staff on FAA regulations and airline policies.

“Southwest Airlines University is a place where employees come to learn and grow,” the airline said in its post. “One Southwest employee shares his passion for his work, and the love and respect shared between him and his Southwest Family. #LoveAboveAll.”

Avanzino, whose mom also works at Southwest, said in the video that Pride is important to him because it celebrates who he is. Avanzino came out and transitioned on the job, and he said he felt what the airline calls “LUV” from his Southwest family.

Having a work environment where I am accepted is incredibly important for me. I’m able to be just who I am. And Southwest celebrates my uniqueness.

Will a record number of people attend DC pride & the Equality March?