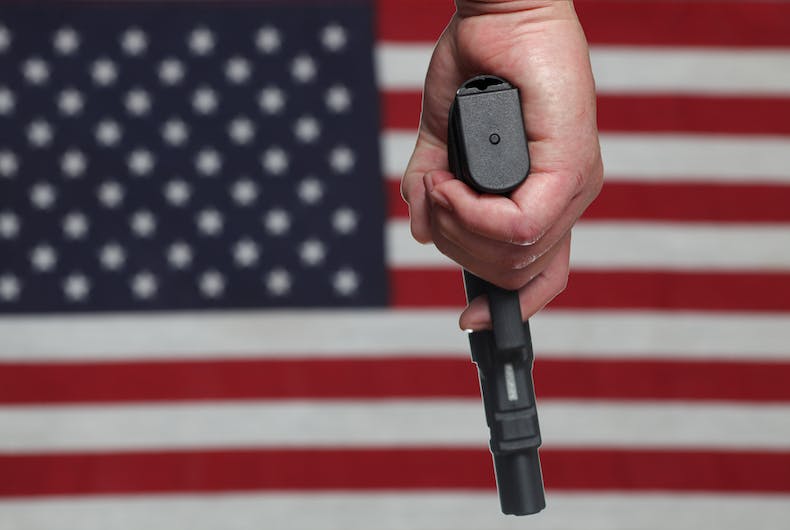 .@Judgenap: Why do we have a Second Amendment? It's not to shoot deer. It's to shoot at the government when it becomes tyrannical!

What makes Senator (R-KY) Rand Paul’s tweet from 2016 about politically-motivated shootings so astoundingly ironic is that Paul himself was one of the Republican congressional baseball team members caught in the crossfire during a team practice in advance of the annual Republican versus Democrats charity game.

Rand Paul has not been alone in his assessment. Dr. Ben Carson, Secretary of the Department of Housing and Urban Development and former Republican Party presidential candidate argues that an armed citizenry is needed to protect the people against “tyrants” and “radicals.”

In Carson’s book, which he co-authored with his wife Candy, A More Perfect Union: What We The People Can Do To Reclaim Our Constitutional Liberties, they assert that our country must never impose restrictions on firearms since “our founders recognized that ‘we the People’ could represent a significant fighting force if necessary to repel an invasion by foreign forces. They also knew that an armed population would discourage government overreach.”

“The founders feared an overbearing central government might attempt to dominate the people and severely curtail their rights,” the Carsons write. “This, in fact, is the primary reason that the Second Amendment was included in the Bill of Rights.”

The Carsons anticipated that many people might charge that it is “ludicrous to imagine our federal government trying to seize unconstitutional power and dominate the people.” By referring to James Madison, the Carsons said the founder “could foresee a day in America when radicals might assume power and try to impose upon America a different system of government.”

They continued, “His hope was that the establishment of such a different way of life would be difficult in America, because American citizens, having the right to keep and bear arms, would rebel.”

After lobbying Congress throughout his presidency to pass common sense gun regulations, and finding consistent confrontation, inaction, and intransigence on the part of legislators, Former President Barack Obama announced his executive orders to expand background checks for certain buyers of firearms.

The orders mandated individuals “in the business of selling firearms” to register as licensed gun dealers. This was to close the so-called “gun show loophole” that has previously exempted small sellers like gun hobbyists and collectors from maintaining official sales records. In addition, the orders increased funding for enforcement by hiring 200 new Bureau of Alcohol, Tobacco, Firearms, and Explosives agents and investigators, and $4 million to track illegal online firearms trafficking.

The President was at the time, however, realistic that the initiatives will not by themselves solve the epidemic plaguing our nation. Speaking at a press conference on January 5, 2016, he conceded:

For this reason, he continued to challenge national legislators.

“But we also can’t wait,” Obama added. “Until we have the Congress that’s in line with the majority of Americans, there are actions within my legal authority that we can take to help reduce gun violence and save more lives.”

The reaction from Republican leaders at the time was swift and predictable. House Speaker Paul Ryan expected that the president’s executive order “will no doubt be challenged in the courts” and “can be overturned by a Republican president.”

Most of last year’s Republican presidential candidates came out shooting through their mouths. For example, Chris Christie called Obama a “petulant child,” and continued: “This president wants to act as if he is a king, as if he is a dictator. [If the courts don’t overturn his actions], I’m sure that ultimately the next president will make sure that he abdicates those extra constitutional actions.”

According to Donald Trump: “I will veto, I will unsign that so fast. So fast.”

Ted Cruz called Obama’s initiatives an “abuse” of executive power, and he vowed to repeal them when he is president. Rubio also said he would repeal the orders if elected to the presidency.

Carly Fiorina seemed to enter the stratosphere in her reply: “It is delusional, dangerous, not to mention unconstitutional for Barack Obama and Hillary Clinton to continue to talk about climate change and gun control in the wake of a Paris terrorist attack, a San Bernardino terrorist attack, instead of talking about a plan to defeat [the Islamic State in Iraq and Syria].”

Jeb (!) Bush said: “I will fight as hard as I can against any effort by this president, or by any liberal that wants to take away people’s rights that are embedded in the Bill of Rights, embedded in our Constitution.”

The Republican-controlled House of Representatives this year voted 235-180 to reverse Obama-era regulations, which had required the Social Security Administration to list with the FBI’s database background check system people who receive disability benefits and have a mental health condition to determine eligibility for purchasing a firearm. In other words, the Republican action made it much easier for people with documented mental health issues to acquire guns.

It never fails to amaze me, though, how some people spout the second clause of the Second Amendment, which reads: “…the right of the People to keep and bear arms shall not be infringed,” while forgetting or discounting a key term in the first clause, “well regulated.”

Neither the Declaration of Independence nor in our Constitution – no matter how groundbreaking and progressive are these documents – do not grant unfettered or limitless rights.

I felt enormous excitement and pride, but not particularly surprise, when watching on TV iconic civil rights leader, Representative John Lewis of Georgia, leading other courageous Democratic activists by putting their bodies on the floor of the House to stand up for people of this country. These elected officials broke House rules to fix a broken legislative system controlled by corporate greed at the expense of real people’s lives in failing to pass common sense gun safety measures that the vast majority of U.S. residents support. For example, 85% of those polled support background check on all private gun sales including at gun shows.

How many more young children and adults must die, and how many more of our congressional legislators must we wish a speedy and complete recovery from serious injuries sustained in gun violence before our elected leaders finally take seriously common-sense firearms safety regulations?

What about you, Rand Paul?

BREAKING: Jurors in Bill Cosby trial say they are deadlocked