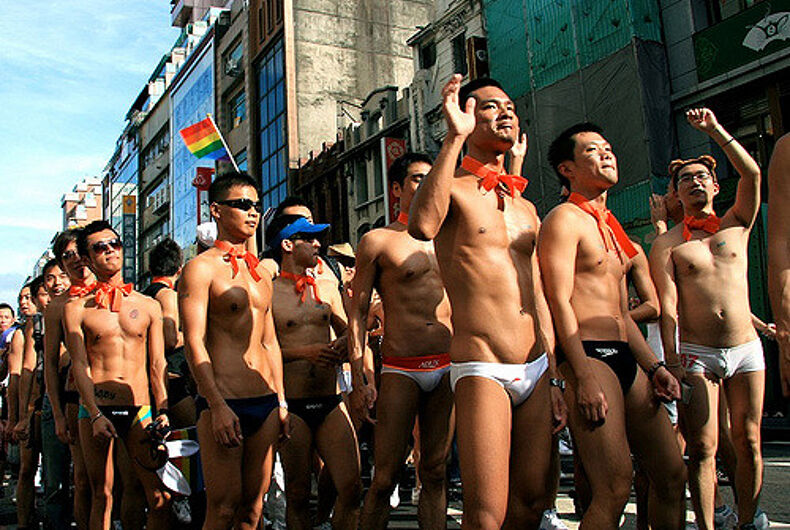 A Republican mayor of a California town struggling to revitalize itself believe he has a solution: Attract the gay and Asian populations.

Lancaster, California has been struggling ever since it lost its manufacturing industry. Along with the loss of jobs has come an increase in crime and drug use.

Mayor Rex Parris has tried some interesting approaches to change the outlook in the town since being elected in 2008, like piping bird songs into city streets, starting city council meetings with prayers, and personally offering a $1,000 bounty for the convictions of members of the Bloods and Crips.

The plan to bring more Asian Americans and members of the LGBTQ community to the area is one of those initiatives.

“Interestingly, the same thing happens with the gays. That’s why I put the new performing arts center right downtown.”

His plan to bring Asians to Lancaster have been more involved:

He has enticed China’s biggest electric-vehicle manufacturer to set up a factory in Lancaster, and he wanted to enroll immigrant Chinese “parachute kids” at Lancaster schools. He tried to fund the cash-strapped local hospital by courting wealthy Chinese “birth tourists.” He’s in talks to build a 10-story statue of the Buddha as a tourist attraction.

“The gays” and Asians aren’t the only reason Parris believes his city is on the comeback. He believes that their fight against the ACLU for the right to begin their city council meetings with a prayer to Jesus is also helping the city rebuild.

“When people ask us to justify the expense of public funds on these court cases, it’s easy for us to do,” Parris says in a video promoting the city’s victory in the court battle. “We just point to the results. Crime dropped 42 percent. Gang violence dropped 85 percent. The economy in our community just took off…The people of Lancaster don’t have any doubt as to how this occurred. We have proclaimed to the world that we are a Christian city, and when we did so, things changed.”

The top 20 queer anthems of all time