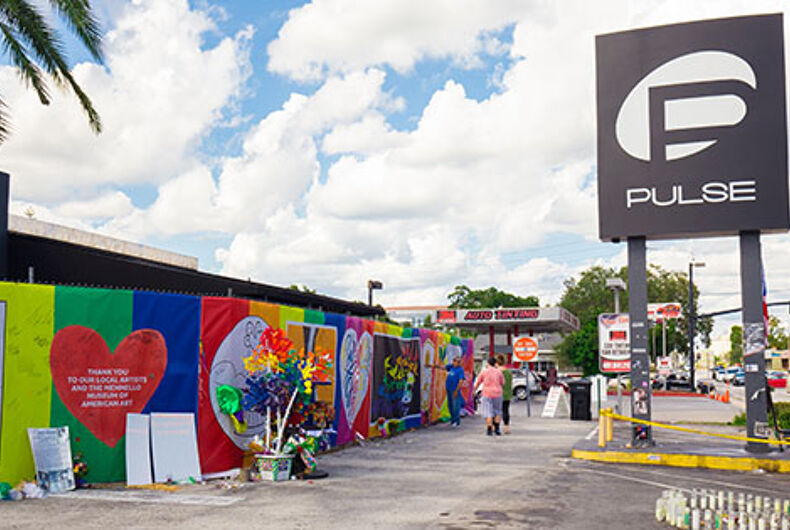 The club still stands on South Orange Avenue in Orlando, Florida, one year after the deadliest mass murder in modern American history. Murals decorate a wall where mourners, survivors, LGBTQ Americans and the curiosity seekers have gathered over the past 12 months to pay their respects, and see what can be seen of Pulse.

The names of the 49 victims are there. The stories of their lives and how they died, and how those wounded survived, are how their friends, families and first responders are remembering them today.

What follows is a look back with those left behind and those who escaped death at the hands of a hateful gunman. His story is not included here, only those whose destinies changed on June 12, 2016.

Hairdresser Demetrice Naulings decided what he needed most before facing today was to revisit the scene, the place he lost his best friend, Eddie Justice. Naulings, 35, told the Palm Beach Post he and the 30-year-old accountant had walked inside Pulse the morning of June 12th, only a few moments before the shooting started.

“I’ve been afraid to go back,” he told the paper. “I feel like I left a part of me there.”

Naulings said those first shots sounded like a new beat over the dance music, but when the lights went out and the music stopped, only one sound remained: the shots fired by the gunman.

Justice and Naulings ran from the dance floor to the nearest bathroom to hide, but Naulings told the newspaper he knew they would be trapped in that ladies room if the shooter followed them in.

“The shots were coming closer and closer,” said Naulings.

He said he had previously worked at Pulse, so he remembered a side door the bartenders used, and made a dash for it, at first holding Justice by the hand, then when they were separated in the crowd. He always believed Justice was close behind.

“I got out,” he whispered to a reporter, “but Eddie didn’t.”

His friend, he said, sent him a Snapchat message:

I’ve been shot. I’m going into shock. Please tell them to hurry up. Call the police.

Eddie also texted his mother, according to the report:

Mommy, I love you. In the club they shooting.

“Eddie was sunshine,” said Naulings. “You could have a bad day and he would brighten it up. He always had a positive spirit, always wanted you to be better. He was just full of joy.”

“I didn’t want to go there (during a ceremony) and be broke down,” said Naulings. “I want to be able to be strong.”

But given his experience, he said he is not sure he’ll ever be.

“I feel like I’m replaying it all over in my head,” he told the paper.

Justice’s mother, likewise, is haunted by a rerun of memories of that awful night.

What has helped her is the support she’s received from people she had never met, who loved her son.

“He was loved by me and his family, but now I’ve got a chance to meet a lot of his friends,” she said “I didn’t know them, and they have nothing but good things to say about my son.”

Two of her son’s friends took her out to dinner for her birthday in September, “in honor of him,” she said. “We cried. We laughed. They showed me pictures that I never saw before.”

And how does she manage day to day?

“I pretend like I’m good because he always looked at me like I’m strong,” Mrs. Justice said. “I try to be strong for other people because they’re coming to me with, ‘I miss Eddie. I miss Eddie.’ ”

Not alone: 49 beautiful ‘angels’ watched over Pulse early this morning

Is Pulse shooter Omar Mateen’s widow his victim or his accomplice?