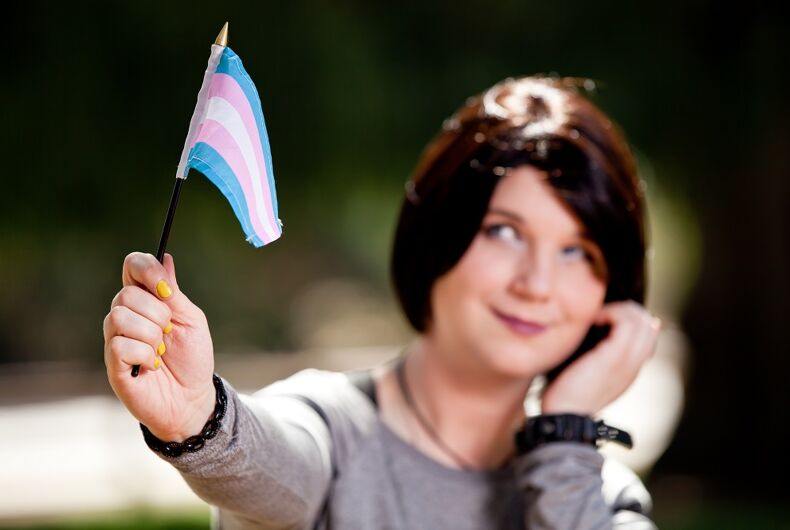 Asa Sevelius, a grade school principal from Massachusetts, announced his transition in an email to the entire school, and they could not have reacted better.

Sevelius has been keeping his transition private, but realized that his public role in the community meant that he was going to have to say something eventually.

“People ask me, why do you have to do this?” he told People. “The funny answer is, ‘Well, one of these days I’m probably going to have a beard and people might wonder why.’ But I also deserve it. I deserve to be able to show up to my life as the person I am. And so much of my life is lived right here in this school.”

The email, sent Wednesday, was direct. “Dear Heath Community, I am writing to all of you to share some powerful news about me…I am transgender.” He went on to explain how parents could talk to their children about this.

The PTO immediately expressed support and teachers handed out pink and blue ribbons for the students on Thursday morning.

The Boston Globe went to interview parents and children Thursday afternoon. “This is an example of how you live your life openly and honestly,” mother Brenda Sullivan said.

The kids didn’t miss a beat getting the pronouns right. “Ever since he came to this school, I felt like he had a connection to everybody in this school,” 11-year-old Mark said. “And I just felt happy that he can finally be himself and be more true.”

The PTO’s vice president, Gaelle From, said she had no problem talking about the principal’s transition with her son. “I think if I told him the principal was getting a new haircut, it would have been the same reaction.”

Here’s why everyone is talking about the new queer icon: ‘The Babadook’

Trump’s Appoints Another Homophobe Just in Time for Pride Month