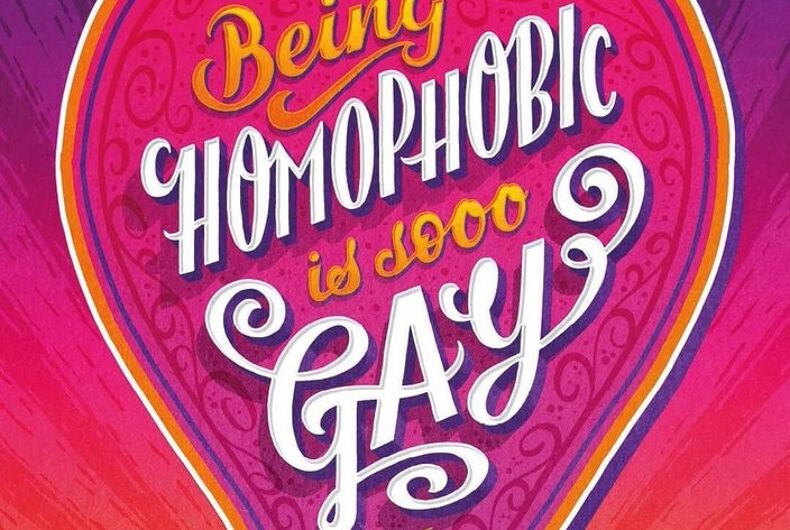 Several posters made for Pride of London were pulled from their website for having homophobic messages.

As part of its “Love Happens Here” campaign, Pride of London asked people to submit messages that artists would turn into posters. While most of the posters have positive messages, a few of them missed the mark.

This one, submitted by Tori in Leyton, says, “Being homophobic is sooo gay,” using the term “gay” to mean “bad,” a form of harassment LGBTQ people have to put up with on a regular basis.

Imagine being a kid at school who dies a little every time they hear something called “sooooo gay” and then seeing this trash. pic.twitter.com/V4v1u1v3mt

Another poster said, “My gay friends make me more attractive by association.” One person quoted by Metro responded, “I’m not a soft toy accompaniment to a heterosexual.”

Four of the posters have been removed from Pride of London’s site, and the organization issued a statement: “It is clear we misjudged the content of some of the messages in this poster series, undermining the individuality, importance, and dignity of the LGBT+ community. This was never our intention, and we are genuinely sorry to have played any part in something that appears to devalue our own community, and have removed these four images from our campaign.”

The remaining posters can be viewed on Pride at London’s website.