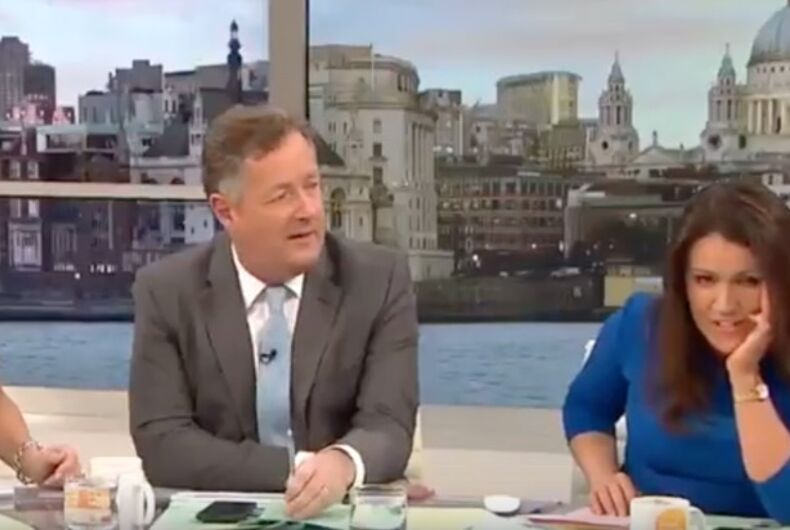 Piers Morgan gets taken down by his co-host, Susanna Reid on Good Morning Britain.Photo: screenshot

Right wing media personality Piers Morgan may have lost his job spewing all over America’s airwaves, but he remains on air in England as one of the hosts of Good Morning Britain. He’s continued belching up offensive things to say about LGBT people, Muslims, and celebrities and one of his co-hosts, Susanna Reid, had finally had enough.

This may be the most British clapback you’ve ever seen. Epic.

The look on his face as she speaks is priceless. He just doesn’t know what to say in response.