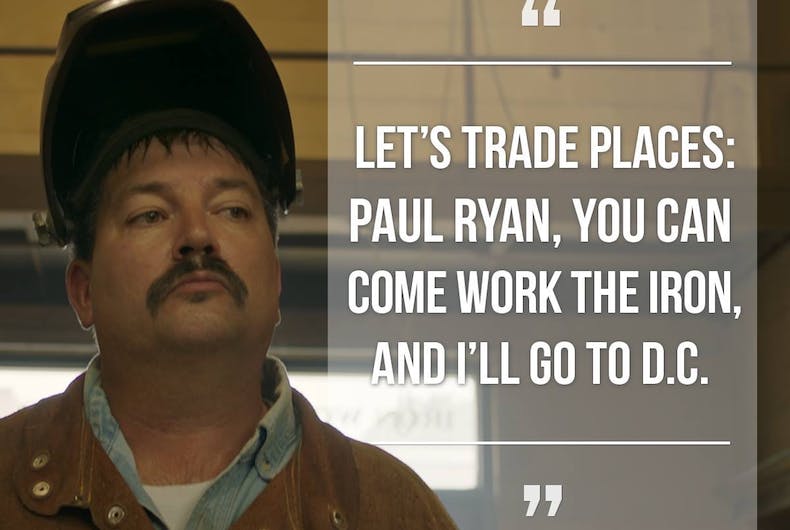 Speaker of the House Paul Ryan has a Democrat challenger in the next election now and his opponent looks formidable. If Randy Bryce runs a campaign as hard hitting as his first campaign ad, he’s a shoo-in.

Positioning himself as the everyman, Bryce certainly fits the role. He’s a union iron worker who has survived cancer. An Army veteran, his family includes police officers, public school teachers, and health care workers who will surely hit the trail with him touting their own experiences under the Trump administration. Oh, and his nickname is “Iron Stache.” It’s even his Twitter handle. No kidding.

Bryce attacks Ryan over the dastardly Republican overhaul of the health care system. The version Ryan championed would hurt millions – especially LGBT people and those living with HIV.

Watch the ad below and admit it. Even Ron Swanson would love this guy.