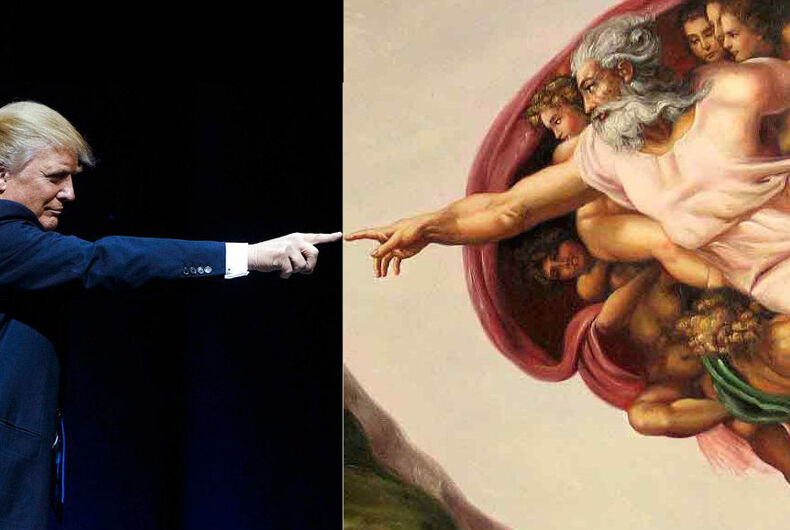 Lest there be any doubt that Christian televangelist Pat Robertson supports President Donald Trump, the longtime host of the 700 Club declared that God put Trump “in this office.”

The 87-year-old TV preacher asked viewers to pray for Trump to win what he called “a spiritual battle against our president.”

Also during the program, Robertson answered viewer email, including one from a woman complaining about her narcissistic husband. “He never owns up to his bad behavior, only covers up things,” she said, and that “divorce doesn’t seem to be an option.” When his co-host suggested that maybe the couple should seek marriage counseling, Robertson dismissed the idea.

“Counseling? How are you going to counsel somebody who’s ingrained in self-love? I don’t know what you can do. The only thing that would change that would be a serious accident or some tragedy that might wake him up to who he is. I don’t know.”

Are you listening, Melania?

What’s the problem with Caitlyn Jenner?