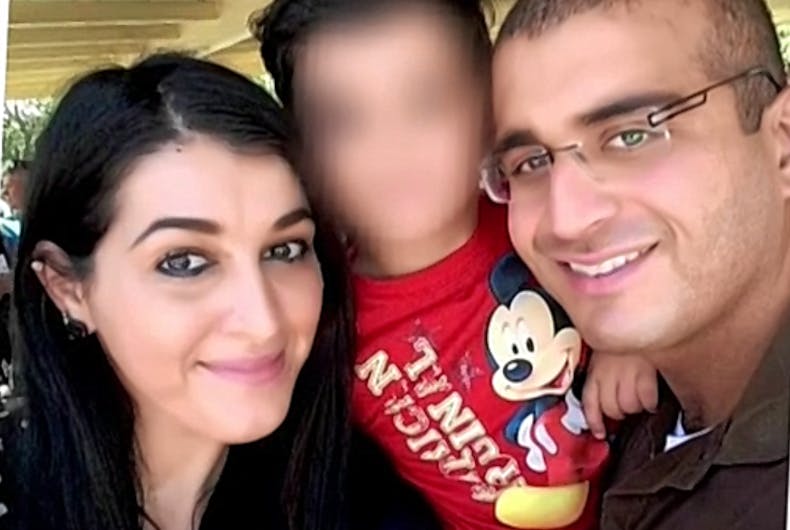 In the year since Omar Mateen went to the Pulse nightclub in Orlando and opened fire, killing 49 people and injuring at least 60 more, law enforcement officials arrested Noor Salman, Mateen’s widow, saying that she knew what he was going to do but didn’t report him to authorities.

Following the shooting, Salman was interrogated by the FBI. In January, she was arrested on charges for aiding and abetting and obstruction of justice. She is pleading “not guilty.”

The FBI has not released all of the evidence they have against her, so it’s impossible to judge how strong their case is. Law enforcement officials portray Salman as someone who knew what her husband was going to do and helped him make preparations – including scouting out the club and driving Mateen to buy ammunition. Salman’s family says that she is a gentle person who was preyed upon by a brutally abusive husband, and now the government is trying to make her a scapegoat for a crime that Mateen cannot be prosecuted for.

“She was very sweet.”

Salman was born a year after her parents immigrated to the US from the West Bank, the oldest of four daughters. She grew up in Rodeo, California.

Salman has said that she wasn’t a good student in high school, but she managed to get an associate’s degree in medical administration from a local college.

“You have no proof I hit you.”

She married young and moved to Chicago with her first husband. After their divorce in 2009, she moved back in with her parents.

In 2011, she met Mateen on a dating site called Arab Lounge. While he was religious and she was not, she said she immediately fell in love with him. “I thought he was the whole package,” she told the New York Times.

They married soon after meeting and they moved into a Florida condo owned by Mateen’s mother. He worked nights as a security guard, and she got pregnant soon after the marriage. She thought things were going well.

Several months after the wedding, though, the physical abuse started, Salman said. The first time he hit her he bruised her shoulder.

The abuse became regular. He pulled her hair and called her a “slut” in Arabic in public if she did something he didn’t like. Once, when visiting Mateen’s parents, he told her in the car, “Wipe your eyes. This stays between us, or it’s going to get worse.”

She says he choked her and tried to kill her. “He had no remorse,” she stressed, saying that he never apologized and said that if she left him he would make sure to get custody of their son since she had “no proof I hit you” and was not employed.

Salman’s lawyers had her evaluated by Jacquelyn Campbell, an expert on domestic violence at Johns Hopkins University. In a letter to the court, Campbell wrote that a diagnostic test based on interviews with Salman showed that she was facing a high risk of danger.

Mateen had been married once before, to Sitora Yusifiy. She, too, said she was abused by Mateen. “He started abusing me physically, very often, and not allowing me to speak to my family, and keeping me hostage from them.”

Eventually, his violence and control over her got so bad that her family “had to pull me out of his arms” in order to “literally rescue” her. They were soon divorced.

Yusifiy said that Mateen pulled her hair, too, just like he would later do to Salman.

“Let’s go to Orlando for a drive”

In 2013 the FBI investigated Mateen after a work colleague reported that he claimed membership in Hezbollah and said he wanted to die as a martyr. Ten months later, the FBI closed the case.

For Salman, that was enough for her to ignore her husband’s interest in jihadist videos.

“She would be totally oblivious to clues that he is getting radicalized or planning anything,” Campbell, the domestic violence expert, told the New York Times. Salman was more focused on trying to survive.

The stress of being abused, the inability to put information together because of a mental handicap, and the FBI clearing him of connections to terrorism could explain why she didn’t see how her husband was changing. But the FBI thinks that she’s being dishonest and that she knew more than she’s letting on.

In April 2015, more than a year before the shooting, Mateen and Salman went to Disney World with their son. Law enforcement officials believe that they went to check out the amusement park for a possible attack and an anonymous source told the Miami Herald that she admitted during interrogation that he talked about an attack during that trip. Salman’s lawyers are not releasing any information about what they discussed there.

In 2016, they took a trip to Orlando, which the FBI believes was to scope out the Pulse nightclub in preparation for the shooting. “Let’s go to Orlando for a drive,” Salman said Mateen told her, saying she was unaware of his plans.

She is also accused of driving her husband to Walmart to buy ammunition that he would later use in the shooting. But Salman said that she didn’t find that suspicious – he was a security guard who liked to go to a shooting range.

Federal prosecutors say that he was making obvious preparations to end his life in the days leading up to the shooting. The couple ran up $25,000 in credit card debt and spent $5000 in cash in a few days. Salman was made the death beneficiary to Mateen’s bank account. Mateen gave her $1000 to go visit her mother in California.

The night of the shooting, Mateen told her that he was going to visit a friend named “Nemo” in Orlando. Police say that Nemo wasn’t even in Florida at the time, but Salman said she didn’t know that.

Her lawyers point to a Father’s Day card that she filled out that evening while he was gone as evidence that she didn’t know what her husband was planning.

The night of the shooting, she tried calling her husband after his mother became worried about him. He texted her “Did you see what happened?” She replied that she did not, and he said that he loved her. That was the last she heard from him.

“Someone will be held accountable for that horrific crime.”

The FBI questioned Salman for 18 hours following the attack, without a lawyer present. Even though statements from the interrogation have not been released, FBI agents say they believe that she was withholding information from them during the interrogation, which is what set in motion months of investigation.

More than the individual times they believe she helped her husband prepare for the attack, law enforcement officials believe that she should have reported him to authorities. The FBI says that she admitted during the interrogation that she pleaded with her husband not to go to the nightclub that night. If she knew what he was going to do, she should have called the police to try to prevent the deaths of 49 people.

Salman is also the target of a civil suit brought by several of the survivors of the shooting, who are seeking damages for wrongful death from both Salman and Mateen’s employer.

They say that a text message Mateen sent to Salman saying “What would make people more upset – an attack on Downtown Disney, or a club?” shows that she knew what he was planning, but she still didn’t report him.

“Rather than warn authorities, she kept it a secret and acted as his accomplice,” personal injury attorney Antonio Romanucci, who is representing the survivors, said.

U.S. Magistrate Judge Donna Ryu said that it was “debatable” whether prosecutors have enough evidence to convict Salman and allowed her to be released on bail. An appeals judge overturned that decision, saying that there is not enough evidence to overcome the legal presumption that she is a flight risk. She is still in jail awaited trial, and her son is being cared for by relatives.

Orlando police chief John W. Mina said in a statement following Salman’s arrest, “Nothing can erase the pain we all feel about the senseless and brutal murders of 49 of our neighbors, friends, family members and loved ones. But today, there is some relief in knowing that someone will be held accountable for that horrific crime.”