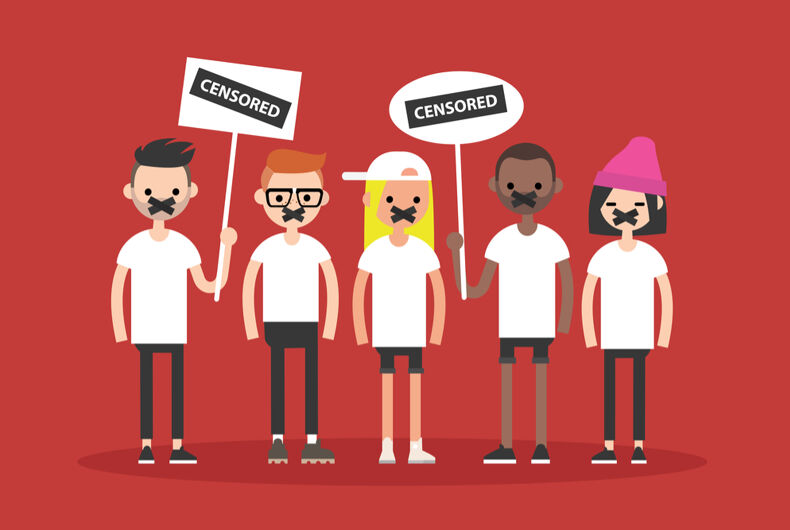 In this political climate hate speech is becoming common use. And there has been an uptick of the use of the n-word, even from the mouths of people one would not expect.

While it came as no surprise to most people of color in Boston when Orioles outfielder Adam Jones said Fenway fans hurled the n-word at him last month, much of America was shocked to see it sprayed on international basketball great LeBron James’ L.A. home.

Explaining that no African-American is immune from the epithet, irrespective of their station in life, James stated the following:

However, when the word slips from the mouths of race conscious allies like comedian and political commentator Bill Maher, a lot of shock and hurt are felt.

When responding to his guest Senator Ben Saase of Nebraska’s question,” Would you like to come work in the field with us?” Maher mockingly replied. “Work in the fields? Senator, I am a house n—er.”

Nowadays it’s often difficult to discern in some instances if the n-word is being used as an epithet or a term of endearment.

The confusion illustrates what happens when an epithet like the n-word, once hurled at African-Americans in this country and banned from polite conversation, now has a broad-based cultural acceptance in our society. For example, two renowned African-American academics embrace the use of the n-word.

While many of Maher’s guests rescinded their appearances on the show last week, Georgetown Professor Michael Eric Dyson pinch-hit for him.

“I’m emotional about this. I love Bill Maher. He’s a very dear friend. But as I’ve made plain through the years, the n word should be reserved for black use. Period,” Dyson wrote on Twitter.

In 2002, Harvard Law professor Randall Kennedy, who wrote Nigger: The Strange Career of a Troublesome Word, said that while the word has been used to “terrorize and humiliate” black Americans, “it’s also been used as a term of endearment and a gesture of solidarity.”

However, the notion that it is acceptable for African-Americans to use the n-word with each other yet racist for other groups to use it, unquestionably sets up a double standard.

Because language is a public enterprise, the notion that one ethnic group has property rights to the term is an absurdly narrow argument. Moreover, the fact that African-Americans have appropriated the n-word does not negate our long history of internalized self-hatred.

Shortly after Maher dropped the word many on Twitter chimed in defending him stating he used a modified n-word, meaning it ended in an “a” rather than a “r.” (Many today argue the meaning of the n-word is all in how one spells it. By dropping the “er’ ending and replacing it with either an “a” or ‘ah” ending the term morphs into a term of endearment.)

However, I contest you cannot conjugate the n-word because it is firmly embedded in the lexicon of racist language that was and still is used to disparage African-Americans. Moreover, many slaveholders pronounced the n-word with the “a’ ending, and in the 1920’s many African-Americans use the “a’ ending as a pejorative term to denote class difference among themselves.

So is there ever an appropriate context to use the word?

In 2015 news broke when President Obama used the word during the podcast interview “WFT with Marc Maron” about America’s racial history, sending shock waves through the country. Legal analyst Sunny Hostin said that Obama’s use of the word was inappropriate because of his office and given the history of the word itself. However, New York Times columnist Charles Blow countered Hostin’s assertion, pointing out that Obama used the word correctly: as a teaching moment.

If the word is used appropriately as a teaching moment was best selling novelist Dennis Lehane wrong when he used the n-word at the Emerson College commencement last month? In talking about Boston’s 1970’s busing crisis, Lehane highlighted that white opponents of school desegregation shouted, “n–gers out” at protests. Twitter blew up attacking Lehane and he apologized immediately.

Another failed teaching moment was in January 2011. The kerfuffle concerning the word focused on Samuel Langhorne Clemens, known as Mark Twain, in the NewSouth Books edition of his 1885 classic, Adventures of Huckleberry Finn. In the original edition of the book, the epithet is used 219 times. In a combined effort to rekindle interest in this Twain classic and to tamp down the flame and fury the use of the n-word engenders, Alan Gribben — editor of the NewSouth Edition, and an English professor at Auburn University in Alabama — replaced the n-word with the word “slave.”

In 2003, the NAACP convinced Merriam-Webster Lexicographers to change the definition of the word in the dictionary to no longer mean African-Americans but, instead, a “racial slur.”

Unfortunately, controversies seem to erupt regularly into public view over this epithet no matter who uses it. For example, in July 2008, during a taping break of “Fox & Friends,” the Rev. Jesse Jackson used the n-word to refer to Obama.

In his displeasure with how Obama appeared to be condescending towards African-Americans, a vital voting block to Obama’s campaign, Jackson stated that Obama was “talking down to black people … telling n–gers how to behave.”

Although Jackson and a cadre of African-American leaders conducted a mock funeral in 2007 for the n-word at the NAACP convention in Detroit, and Jackson encouraged the entertainment industry to ban artists who use the word in their songs, highlights not only the fact that the word slipped so approvingly from his mouth but also illustrates its lingering power.

Our use of the n-word speaks less about our right to free speech and more about how we, as a people – both white and black Americans – have become anesthetized to the damaging and destructive use of epithets. Reclaiming racist words like the n-word neither eradicates its historical baggage nor its existing racial relations among us.

Rather, it keeps the hate and hurt alive.

How many shootings will it take before real gun control comes to America?