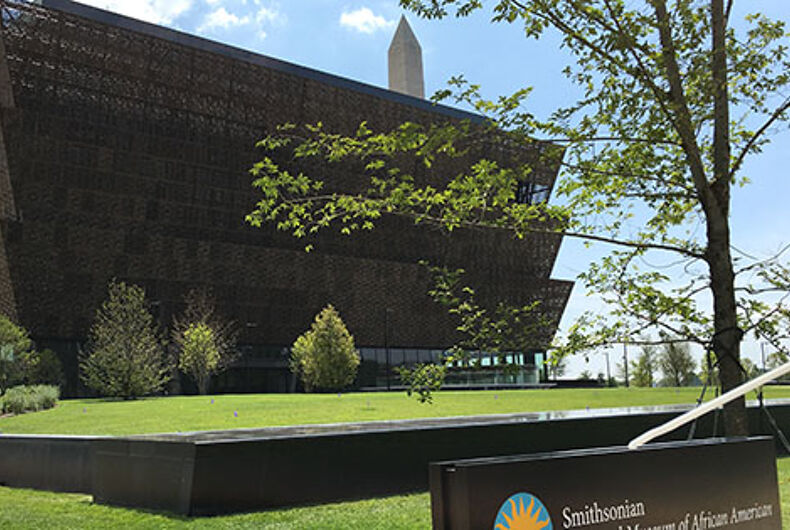 The U.S. Park Police are investigating a second incident of a noose found hanging at a museum in Washington, D.C. — this time in an exhibit on segregation inside the Smithsonian National Museum of African American History and Culture.

“The noose has long represented a deplorable act of cowardice and depravity — a symbol of extreme violence for African Americans. Today’s incident is a painful reminder of the challenges that African Americans continue to face,” said museum director Lonnie Bunch, in an email to staff.

Museum officials cleared the area and then closed the entire museum for about an hour for a police investigation, WRC-TV reported.

"It's very upsetting." This woman was in National African American Museum's segregation exhibit when noose was foundhttps://t.co/0IrBniS9pQ pic.twitter.com/D4z4tuvM3r

No word yet whether the museum has surveillance cameras in that area or if any clues were found to identify who did this.

The discovery comes less than a week after a noose was found hanging from a tree outside the Hirshhorn Museum and Sculpture Garden, just a mile away, across the National Mall.

“We don’t let acts of cowardice like this deter us,” said Kinshasha Holman-Conwill, the African American museum’s deputy director. “We are, if anything, even more vigilant and even more determined to tell this important story,” she said.

The Smithsonian Institution noted that several similar incidents from across the country have been reported.

“Other nooses have been found on the Duke University campus, the Port of Oakland in California, a fraternity house at the University of Maryland, a middle school in Maryland, and at a high school in Lakewood, California,” it said. “All of them seem to be part of a larger wave of violence, intimidation and hate crimes.”