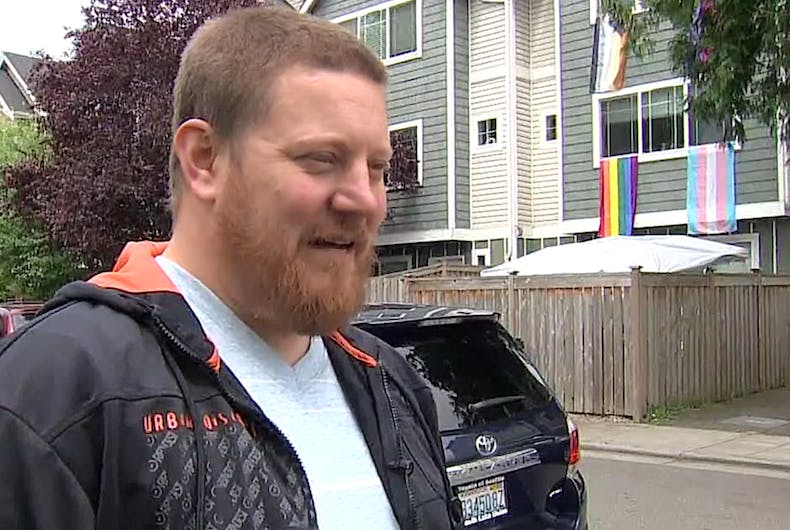 A homophobe in Seattle scratched an anti-gay message into his own fence.

Shaun Shaffer shares a house with three other gay men, and they put up several flags on their house for pride month.

“We just finished putting up the flags, and we were taking the recycling out, and we saw our neighbor up against his fence. We heard Scratching. We couldn’t tell what he was doing. There was muttering,” Shaffer told KING 5 News.

Shaffer says he hasn’t seen the neighbor and the local news station tried to talk to him but he wasn’t home.

The incident was reported to the police, who say that it’s not clear that this is a hate crime.

Trans worker forced to use the broom closet as a bathroom