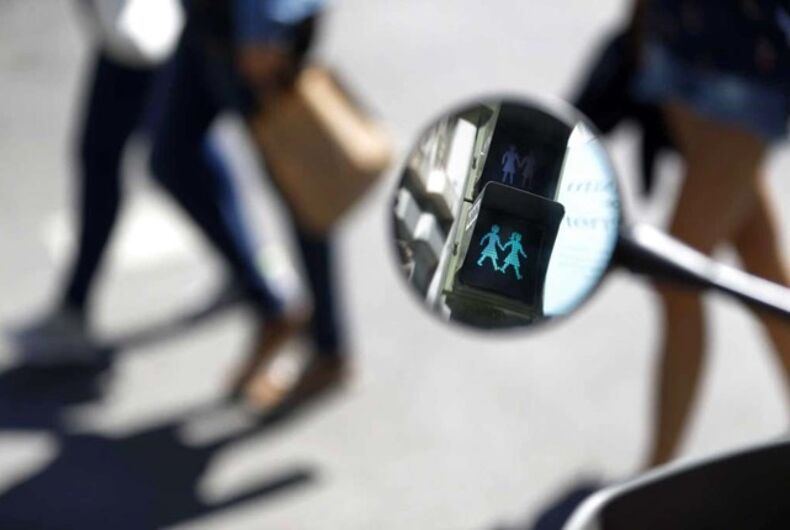 A traffic light is reflected in a motorbike rear mirror as people walk along a crosswalk in Madrid, Monday, June 5, 2017. Madrid is gearing to host a global gay pride celebration later this month by installing "inclusive" and "gender equal" traffic lights across the city.Photo: Photo: Francisco Seco, AP

Madrid is gearing up to host an international LGBT pride celebration by installing “inclusive” and “gender equal” traffic signals across the city.

Figures of women or girls, identified by skirts and ponytails, started going up on Monday at intersections that previously featured the familiar figure of a man in mid-stride to let pedestrians know when to cross.

Other walk/don’t walk signs are designed to show couples — some same-sex and some opposite gender — holding hands.

Madrid City Hall says the signs are important to fostering gender and gay equality given their visual impact.

Madrid is hosting the 2017 World Pride celebrations June 23-July 2. The city says the new signs will remain after the event.