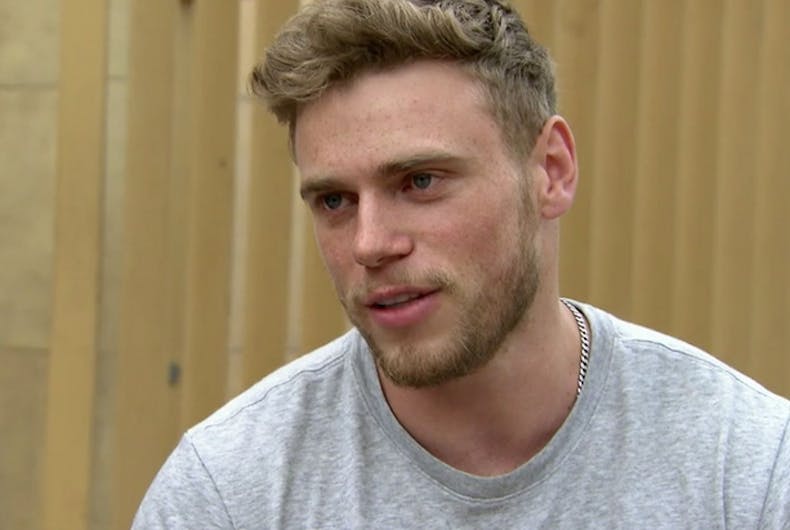 Gay Olympic skier Gus Kenworthy got choked up when talking about having to lie about his sexuality.

Kenworthy, who’s competing in MTV’s The Challenge: Champs vs. Pros – a series that pits winners of the athletic reality show The Challenge against professional athletes – was talking with former Challenge winner Cara Maria.

“I just always thought that my life as a skier and my life as a gay man couldn’t co-exist,” he said. “And after a while I just realized that the pain of holding on to this lie and the pain I was having from being in the closet was actually greater than the fear of just saying fuck it and letting go and so I was just like, screw it, I’m gonna come out.”

He said at the time that he was worried about making skiing less cool by coming out. “I hear the snowboarders call us ‘skier fags.’ And it’s frustrating because I’m literally going to live up to that stereotype.”

After coming out, though, Kenworthy says that people were supportive of him. “The following season was my best year competitively. I didn’t miss a podium. The sponsors were all super supportive.”

Kenworthy hopes that he can help others who are feeling as bad as he once did. “I just hope that my story can be a beacon of light for other people that are in the closet and just let people know that the best way you can live is authentically and genuinely and everyone deserves to be happy.”

Will Wisconsin be the next state to protect transgender people’s civil rights?