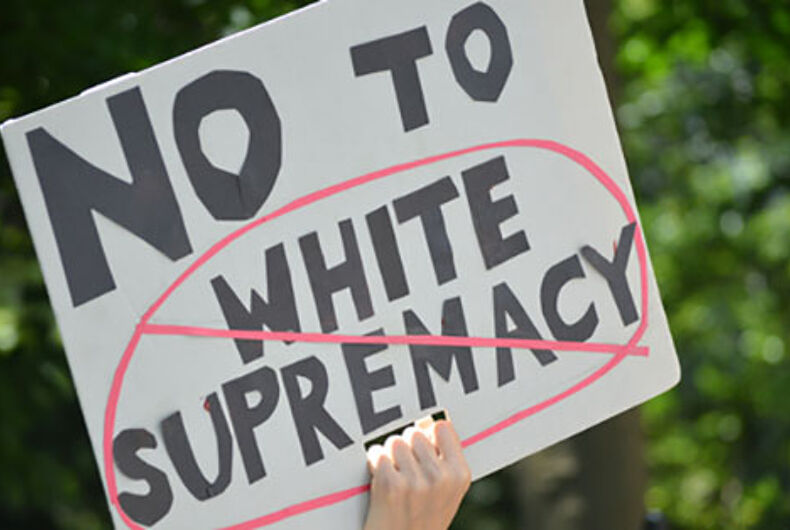 Guidestar, the website that boasts it is the world’s largest online resource for charitable giving, is doing everything it can to make sure those who give know if their donations will support groups that spread hate.

The site now has warning labels next to the names of 46 of its 2-million tax-exempt non-profits, each one flagged by the Southern Poverty Law Center as an extremist hate group that opposes LGBTQ rights.

That means organizations that knowingly spread “demonizing lies about the LGBT community, engage in baseless, incendiary name-calling, or actively work to criminalize LGBTQ people,” according to the SPLC.

“We are thrilled GuideStar decided to properly identify anti-LGBTQ hate groups for what they truly are — organizations that traffic in the slander and discrimination of the LGBTQ community,” said the Eliminate Hate Campaign in a statement emailed to LGBTQ Nation. “The hate groups in question are dangerous, and all the entities that continue to normalize their vitriol are complicit enablers of their extremism. It’s time for those in the media and other institutions to follow the lead of GuideStar and start consistently identifying hate.”

And each one is now flagged, right at the top of the entries, with the symbol of the SPLC and the warning: “This organization was flagged as a hate group by the Southern Poverty Law Center.”

GuideStar’s page for Spencer’s Virginia-based National Policy Institute notes that the IRS automatically revoked its tax-exempt status for failing to file tax returns for three consecutive years. Spencer told the Associated Press he isn’t surprised by GuideStar’s use of the SPLC warning label, but called it “completely unfair.”

“The SPLC itself is a highly politically charged organization,” he told the AP. “The very fact that they’re granting authority to the SPLC as a neutral observer is not really credible.”

One tax expert said the warning labels probably mean nothing to die-hard supporters of these hate groups.

“My guess is if you’re a donor to the American Family Association, whatever the SPLC says about the organization is not going to make a difference. You’re either in or out,” Marcus Owens, a Washington-based attorney and former IRS official, told the AP.

While none of the other groups have responded to the action by Guidestar, Liberty Counsel last week filed a motion to dismiss a lawsuit by the SPLC, calling the organization “dangerous,” and accused it of peddling “false ideological propaganda.” The SPLC suit, according to the statement by Liberty Counsel, “is designed solely to harass and destroy” founder Mat Staver and his wackadoodle law firm.

It is actions such as this that the Eliminate Hate Campaign is trying to counter by supporting Guidestar and providing media outlets with clear labels of hate groups with extremist ideologies. Sadly, the group notes reporters have routinely failed to share those labels in their news coverage of anti-LGBTQ hate groups.

Students shocked after Trump supporters paint over their Pride display