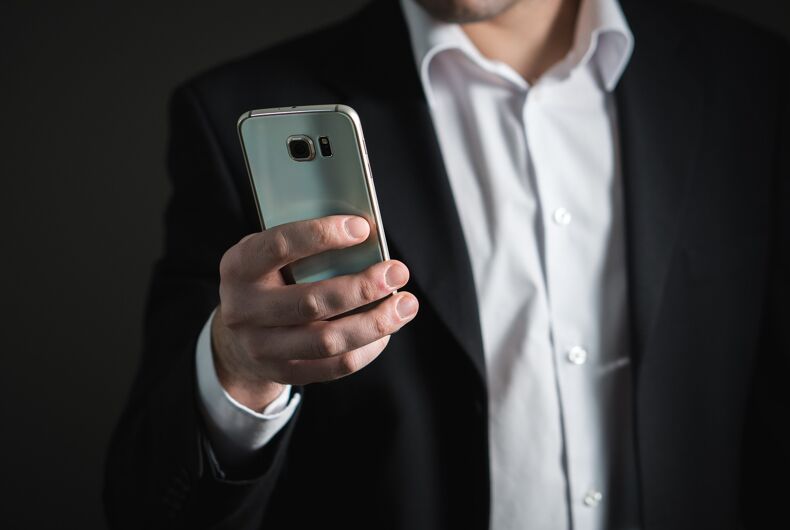 NEW YORK (AP) — A judge will decide if a lawsuit can proceed against a gay dating app after more than 1,000 men accosted a New York man at home and work after an ex-boyfriend posted fake profiles.

The company says the Communications Decency Act protects it from liability and Herrick should sue his ex-lover instead.

Grindr says it can’t be blamed because Herrick got “mixed up with a tech savvy, judgment-proof individual.”

Herrick sued Grindr, saying he couldn’t stop a steady stream of unwelcome visitors despite roughly 100 complaints reporting the damage from dozens of fake profiles made in his name. He seeks unspecified damages.

Attorney Carrie Goldberg says the suit seeks to get Grindr to control its product.