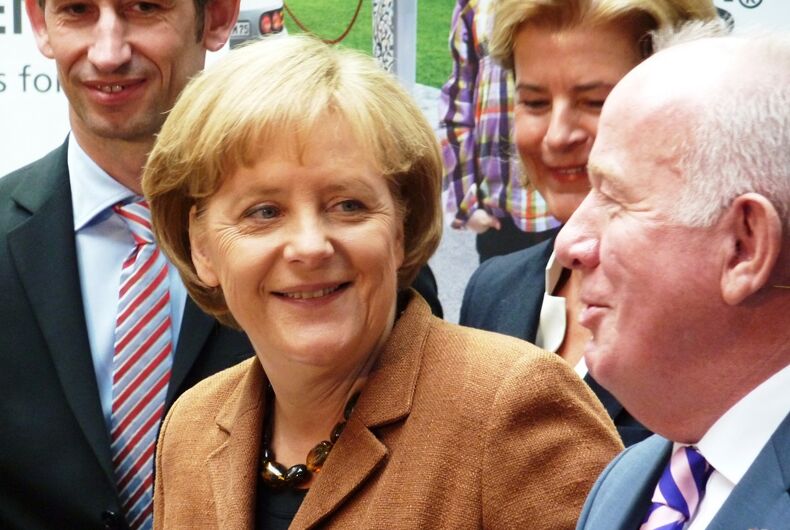 The lower house of Germany’s legislature, the Bundestag, voted to legally recognize marriage between two members of the same sex this morning in a 393 to 226 vote.

The Bundesrat, the upper house, will have to vote on the measure next week and is expected to approve marriage equality, as it has done in the past. Same-sex couples will then be able to marry by the end of 2017 in Germany.

German Chancellor Angela Merkel, though, voted against the measure.

“For me and the basic law, it’s about the marriage of a woman and a man. That’s why I voted against it,” she said shortly after vote. “I hope that the vote today shows not only the mutual respect for different opinions but that this also leads to more peace and social cohesion as well.”

Merkel has found herself in a difficult position as elections approach in September. Her main rival, Social Democrat Martin Schulz, has been a champion of marriage equality, while Merkel has long opposed it. A poll earlier this year showed that 68% of German people favor marriage equality, but Merkel’s conservative Christian Democratic Union has long opposed LGBTQ rights.

On Monday, after being asked by gay man at a public event about the issue, Merkel said that she would not oppose a “free vote” on the issue, where members of parliament could vote as they choose instead of along party lines. The vote was scheduled for today, the last day of the Bundestag’s sessions before it closes for a summer recess, when election campaigns will begin in earnest.

She might have allowed a free vote to attempt to take the issue off the table before campaigning for reelection, while voting against it herself to keep religious conservative voters from looking at other rightwing parties. It remains to be seen how religious conservatives will react to this possible political maneuvering.

22 other nations currently allow same-sex couples to get married.